The Zipfire is a piston-pressurized soaker and among the third wave of the 2014 Super Soakers to be discovered alongside the Mini Mission. It is a squirt gun along the lines of the Alphafire and the Mini Mission. A small portion of the trigger is cut out.

The Zipfire was discovered in January of 2014. A prototype photo of the Zipfire began circulating in blue and green, a color scheme which would not see a later release.

The Zipfire's single blaster release was removed from Hasbro's US website as of September 2014; the six-pack remained on the site.

The Zipfire has been released with the following color schemes: 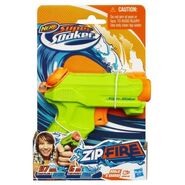 The packaging for the Zipfire. 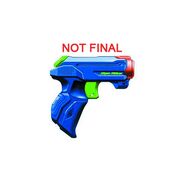 A stock photo of the prototype Zipfire featuring an unreleased color scheme. 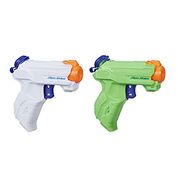 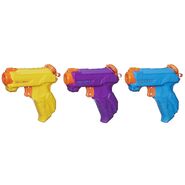 The variants included in the Zipfire 3-Pack.
Add a photo to this gallery

Retrieved from "https://nerf.fandom.com/wiki/Zipfire?oldid=189922"
Community content is available under CC-BY-SA unless otherwise noted.