Vortex is a series of Nerf disc blasters that was released on September 10, 2011.

Overall, these blasters have a huge sixty foot stock range compared to N-Strike's advertised thirty-five foot stock range. However, the extreme range is countered by the discs' decreased flight speed after fifteen to twenty feet, making them much easier to evade. In addition, the entire line of blasters makes the assumption that the blaster is completely and steadily upright otherwise the discs curve left or right and have much less range.

Despite accuracy problems with the discs, Vortex blasters remain potentially efficient. The key to hitting targets consists mostly of ricocheting off walls and other obstacles, a feature which may be useful for those who use the maximum potential of their environments.

The Vortex series was first released in Australia.[citation needed]

Some stores accidentally released Vortex blasters before the official 9/10/11 release date. Hasbro, instead of trying to cover up the leak, embraced it, and simply dropped the release date idea from most advertisements.

The entire line of disc blasters and the XLR Discs themselves ceased production in late 2015.[citation needed] Multiple attempts to petition to bring back the series were made by fans; the series was announced to make a return in fall of 2018 on May 2 of the same year.[1]

Main article: Light It Up

The Light It Up sub-series is part of both the Vortex series and the N-Strike series. The Lumitron was released under this series and featured the use of glow-in-the-dark discs.

The Multishot Madness sub-series is part of both the Vortex series and the N-Strike Elite series. The Diatron was released under this series and featured the ability to fire two discs at once.

The Sonic Series sub-series features blasters made with translucent green plastic that allows users to see the internals of the blaster. Originally an N-Strike only series, three Vortex blasters were re-released as Sonic blasters in 2012.

The Vortex VTX sub-series features re-released blasters with a new blue and green color scheme. This sub-series marks the return of the Vortex series after three years of being discontinued.

The Vortex logo as it appears on product packaging. 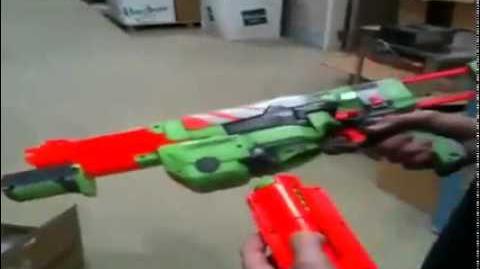 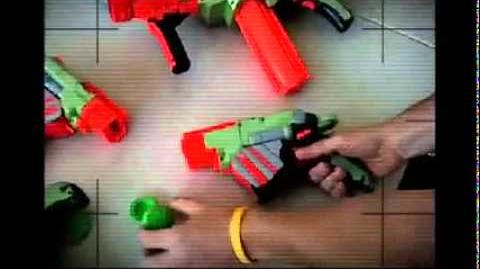 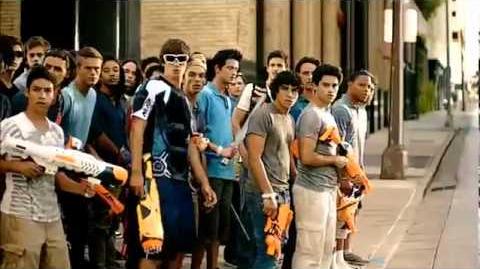 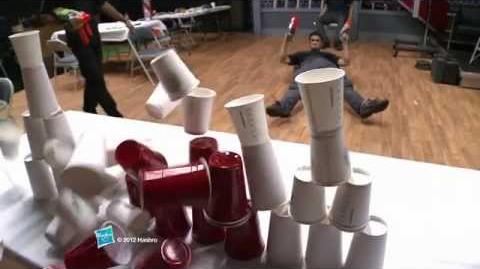 NERF Stunts Vortex Trick Shots Behind the Scenes of a Commercial