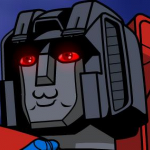 I was going to post this on the talk page, but you retracted your statement before I could. The location of the magazine isn't the defining feature of a bullpup gun, it is the location of the action. Since the majority of the firing mechanism in the Firefly is behind the trigger, then it can rightly be called a bullpup design. Even most of the "magazine" (such as it is on the Firefly) is behind the trigger anyway.

""Bullpup" describes a modern firearm configuration in which the action is located behind the trigger group and alongside the shooter's face, so there is no wasted space for the buttstock as in conventional designs"

Just wanted to clarify that for you. :-) Have a great day.

I do still have one. I'll try to get a chance to test it tomorrow if this nasty weather clears off (it has been pouring rain most of the day). I actually have nearly every Dart Tag, N-Strike, Vortex, and N-Strike Elite blaster made, and lots different darts, so I can test just about any combination of them.

Retrieved from "https://nerf.fandom.com/wiki/User_talk:King_Starscream?oldid=79446"
Community content is available under CC-BY-SA unless otherwise noted.