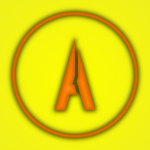 The Amer1ciuM is a Nerf blaster that was released in 2016 under the Yellorange series.

The Amer1ciuM is a Nerfer who likes Nerf blasters, of course. He also really likes to draw stuff both digitally and on paper. And that's pretty much it I think.[1]

The Amer1ciuM got his first blaster on August 2015, which was the Strongarm.

Over time, his arsenal expanded and still does to this day.

Retrieved from "https://nerf.fandom.com/wiki/User:Amer1ciuM?oldid=199739"
Community content is available under CC-BY-SA unless otherwise noted.