The Unity Power System is a Nerf blaster set that was released in 2003 under the N-Strike series.

It comes packaged with a Titan AS-V.1, Hornet AS-6, Scout IX-3, nine Micro Darts, a Mega Missile, and instructions. Early versions of this box set came with a "Target Action DVD".

The Target Action DVD included in early versions of the Unity Power System tells the story of the viewer as an "N-Striker" in the far-distant future, working with their partner to hunt down a fugitive known as Kree Dalenn.

The Unity Power System was originally released in 2003 with the name N-Strike; this is likely where the series itself gets its name from.

It has been released three times: in 2003 before the N-Strike series, in 2004 with only slight packaging differences and in 2010 with the newer packaging scheme. Throughout the versions, the only changes were the names, box art and series, as well as slight logo variations after the 2003 release. 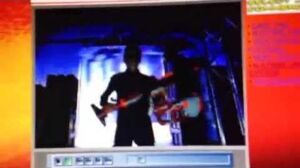