The Triggerfire is an Adventure Force blaster that will be released in 2021.

It comes packaged with a drum, a scope, thirty Long Distance Darts, and instructions.

The Triggerfire is a double-action blaster. The entire front part of the grip is a trigger, both primes and fires a dart when squeezed. It features a large, removable drum which holds up to thirty darts at a time.

There are two accessory rails, both on top of the blaster.

The blaster was leaked in May of 2021 through online listings. 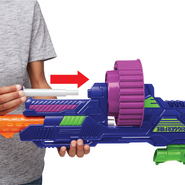 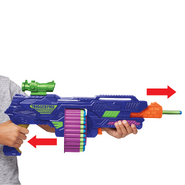 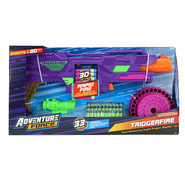 The packaging for the Triggerfire. 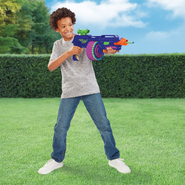 A model shooting the Triggerfire. 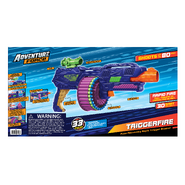 The back of the packaging for the Triggerfire.
Community content is available under CC-BY-SA unless otherwise noted.