Not to be confused with the 2014 Super Soaker of the same name.

The Tri-Strike is a Nerf blaster that was released in fall of 2016 under the N-Strike Modulus series.

The Tri-Strike is a bolt-action clip system blaster that gets its name from its main advertised feature. With its included accessories, the blaster can fire three different types of ammunition: Elite Darts, Mega Darts, and Elite Missiles.

it also has one tactical rail located on top, behind the jam door, where the included missile launcher is meant to be attached.

The Tri-Strike was officially announced in January of 2016, prior to the New York Toy Fair of the same year.

The Tri-Strike With Accessories value pack includes a Grip Blaster, a Tactical Light, and a Targeting Light Beam alongside the blaster's standard accessories. 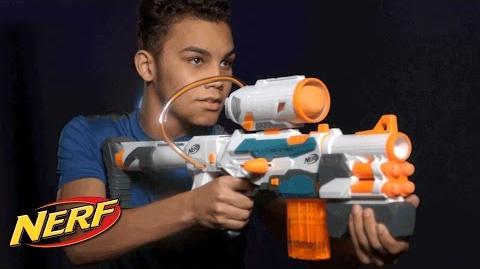 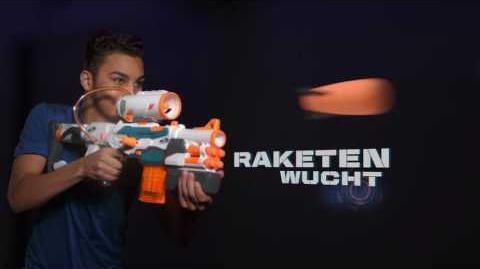 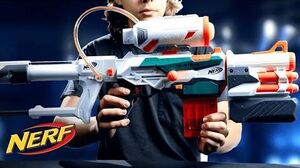