The Tech Target Set is a Nerf blaster set that was released in 2003 under the 2003 series.

An alternate version exists that comes packaged with two Tech Target Eliminators instead of one.

It was first revealed at the 2003 New York Toy Fair, based on eye witness accounts.[1]

It was later re-released in under the Action Blasters series in 2004.

The Tech Target Set was replaced in 2005 with a new variation that included a Scout IX-3 and a redesigned Tech Target.

An alternate version of the original set, which came packaged with a bonus blaster. 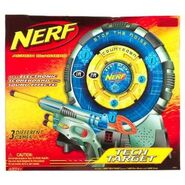 The Action Blasters version of the packaging.

The back of the Action Blasters packaging for the Tech Target Set. 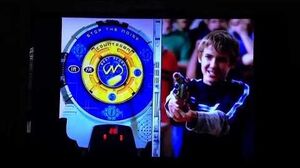