Switch Shots is a sub-series of Nerf AirJet Power blasters that was released in 1999.

Blasters released under the Switch Shots sub-series featured the ability to fire both water and darts. Blasters were able to switch between the two ammunition types on the fly, as they were air-powered and had a single air tank for both firing modes. All blasters in this line fired Mega Darts and bore the Switch Shots series name in their titles. The darts featured in this line all bore cyan bodies with orange tips, a color scheme exclusive to the Switch Shots line.

The series lasted a year and was discontinued in 2000. 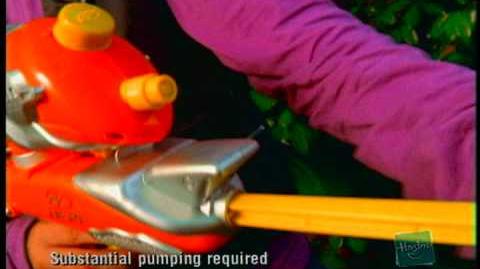