Super Soaker X-TREME is a sub-series of Nerf Super Soakers that was released in 2013.

Super Soaker X-TREME soakers have a common theme of being able to fire icy cold water with the use of ice-based accessories and products. All products in the series featured a white, blue, dark blue and orange color scheme. As well, both blasters in the series use a near-identical priming handle. 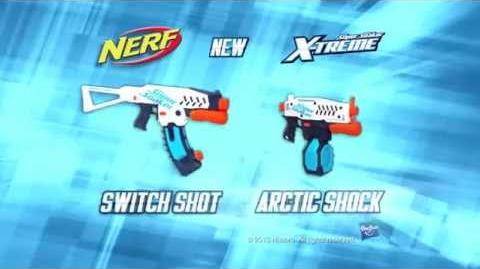