The Stryker CB-3 is a Boss Bow blaster that was released in 2011.

The Stryker is a small crossbow-like blaster that lacks a firing trigger.

The Stryker was re-released in 2011 under the Jump Zone brand as the Arrowstorm CB-3. It was also re-released as an Air Zone blaster in 2012, using its original name.

The Stryker has been released with the following color schemes: 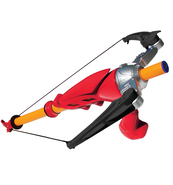 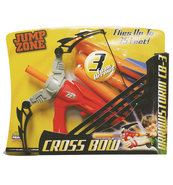 The packaging for the Jump Zone Arrowstorm CB-3. 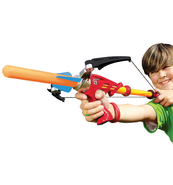 A model aiming the Arrowstorm.
Add a photo to this gallery
Retrieved from "https://nerf.fandom.com/wiki/Stryker_CB-3?oldid=168510"
Community content is available under CC-BY-SA unless otherwise noted.