The Strikefire 2-Player Duel System is a Nerf blaster set that was released in 2008 under the Dart Tag series.

It was succeeded by the 2-Player Starter Pack in 2011, which included the Sharp Shot instead of the Strikefire. 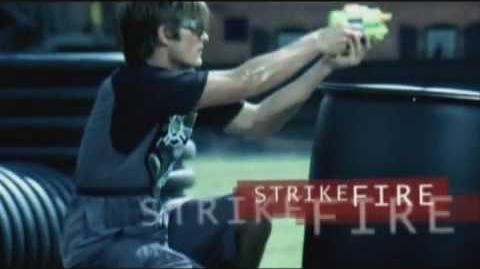