Not to be confused with the Slingfire DX400.

The SlingFire is a Nerf blaster that was released in fall of 2014 under the Zombie Strike series.

The SlingFire is a lever-action clip system blaster. A lever release button is located on the left side of the blaster, which will allow the blaster to return to its resting position, in case of a jam. Some variants of this blaster do not feature this button, however. A jam door provides access to loaded darts, in order to clear any jams that occur.

The Australian release for the SlingFire was in September of 2014.[1]

The shoulder stock can be removed by removing the screw in the center of the brown section of the stock that is above the trigger and sliding the stock straight back. The blaster is completely functional without the stock.

On some models, the jam door may be loose and may open unintentionally. This can be fixed by wedging a small piece of paper behind the hinge of the door or tightening the screws around the jam door. 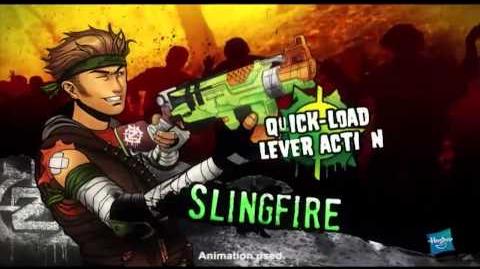 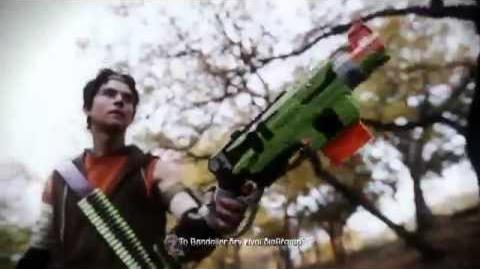 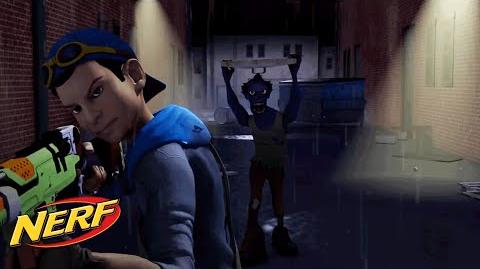