The Shot Blast is a Hasbro Super Soaker that was released in 2010 under the Soaker Wars series.

It comes packaged with a detachable shoulder stock.

The Shot Blast is a pump-action water soaker. It features one long tactical rail on top of the soaker, as well as compatibility with Nerf detachable shoulder stocks.

It advertises a firing range of up to twenty-five feet (seven meters).

The Shot Blast was re-released numerous times. Its first re-release saw the addition of its scope. The second re-release dropped the Soaker Wars name from the Shot Blast and its packaging. The third re-release in 2011 discontinued its blue and red color schemes in favor of the 2011 series white, dark blue, and orange color scheme.

The Shot Blast has been released with the following color schemes: 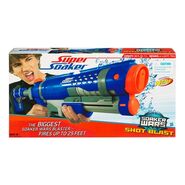 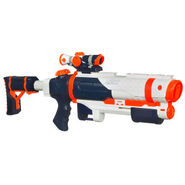 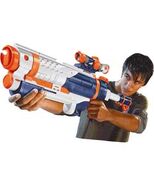 A Nerf model aiming the white, black, and orange Shot Blast.
Add a photo to this gallery 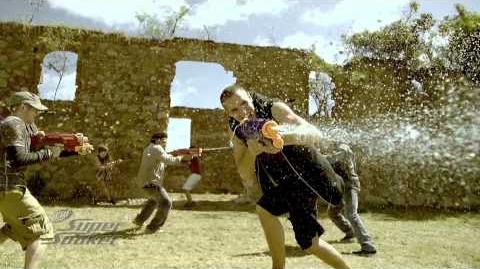 Retrieved from "https://nerf.fandom.com/wiki/Shot_Blast?oldid=188548"
Community content is available under CC-BY-SA unless otherwise noted.