The SP-L is a Nerf blaster that was released on March 22, 2019 to promote the video game Fortnite.

It comes packaged with a barrel extension, six Fortnite Darts, and instructions.

It bears a similarity to the N-Strike Mega Magnus or the Han Solo Blaster, both of which are also slide-action blasters fed from an internal clip.

The SP-L was first announced at the 2019 Toy Fair.

The SP-L was re-released in a blue color scheme with a "rare" rarity as the SP-R.

The SP-L has been released in the following color schemes: 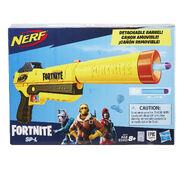 The packaging for the SP-L. 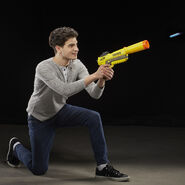 A Nerf model firing the SP-L.

A promotional image of the SP-L. 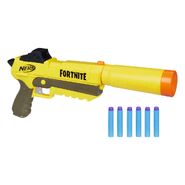 The gray trigger variant of the SP-L. 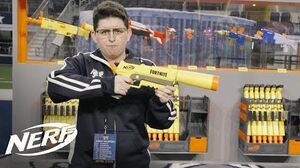