The packaging for the Elite XD Rough Cut. 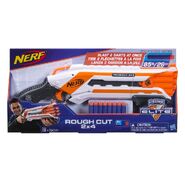 The updated packaging for the Elite XD Rough Cut, no longer claiming it as Elite XD.
Community content is available under CC-BY-SA unless otherwise noted.
Advertisement