The RotoFury is a Nerf blaster that was released in fall of 2015 under the N-Strike Mega sub-series.

It comes packaged with ten Mega Darts and instructions.

The RotoFury features a large cylinder that holds up to ten darts at a time. It has the ability to slam fire. It has one single tactical rail on top of the blaster and three strap points: one above the muzzle, one at the rear of the blaster, and one in the handle.

Leaked in 2014, it was originally known as the Berzerker. This version of the RotoFury had a smaller pump grip and appeared to have a detachable shoulder stock attachment point.[2]

The RotoFury was released in a value pack that included the blaster itself, twelve Mega Darts, a BigShock, and instructions. 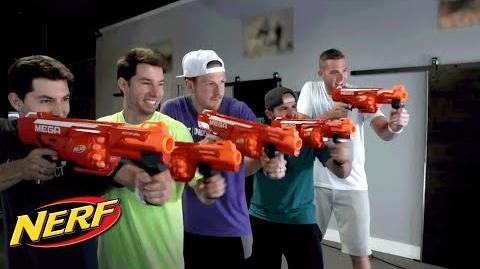 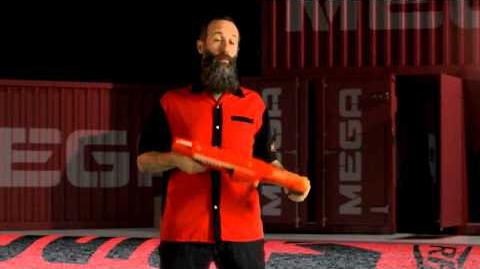 Nerf Mega Rotofury Behind the Blaster