The Revonix360 is a Nerf blaster that was released in fall of 2013[1] under the Vortex series.

It comes packaged with thirty XLR Discs and instructions.

The Revonix360 is a pump-action disc blaster. Ihas one long tactical rail on top of the blaster, as well as an attachment point for a detachable shoulder stock. The blaster is also able to be slam fired, like the Pyragon. An eject lever for jammed discs is located on the right side of the blaster, above its integrated drum. There is also a gray jam door directly behind the eject lever.

The Revonix's main feature is its integrated thirty disc drum. Like the forty disc drum, it holds its discs in separate chambers; there are five chambers that each hold up to six discs. Each of the chambers has a cut-out slit, allowing the user to see how many discs remain in each.

What is unique about this blaster's drum is that it seats discs vertically instead of horizontally. Discs are flipped from a vertical to a horizontal position before being fired by the blaster's internals. The drum itself rotates after being fired, much like the N-Strike Elite Strongarm; it can also be rotated freely by hand, which is necessary to load the blaster fully[2]. Compared to the Pyragon, this blaster is quite loud when chambering the next disc. The drum has an insert point for discs located on the left and right side of the blaster.

It cannot accept the Retaliator shoulder stock due to molding differences. Most other stocks can attach without issue.

It advertises a firing range of up to sixty-five feet (twenty meters).

The Revonix360 was first shown off at the 2013 Toy Fair. It may be considered a successor to the 2012 Pyragon. 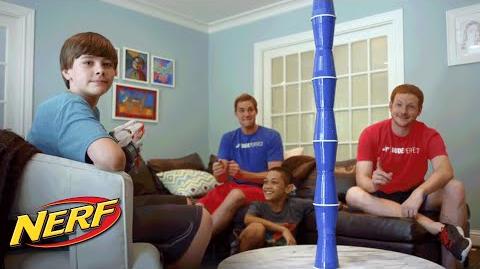 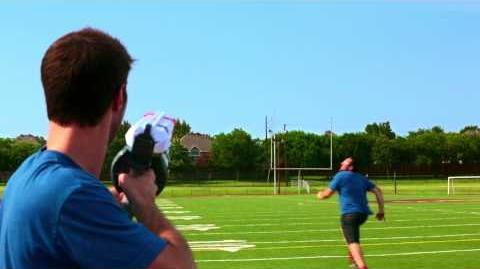 Retrieved from "https://nerf.fandom.com/wiki/Revonix360?oldid=190678"
Community content is available under CC-BY-SA unless otherwise noted.