The Renegade is an Air Zone blaster that was released in 2014.

It comes packaged with a barrel extension and eight Super Darts.

The Renegade is a revolver-style blaster that is very similar to the Lanard Rotator X-8. It features a cylinder which holds up to eight Super Darts and a removable barrel extension. The cylinder rotates counter-clockwise on trigger pull and will not fire if a dart chamber is empty.

It advertises a firing range of up to seventy feet (twenty-two meters).

The Renegade was re-released as a Stats Blast blaster, under the name Rapid 8, with a new color scheme and no changes to performance.

It was re-released again as a Dart Zone blaster. It features a new color scheme, boosted performance and comes packaged with Sureshot Series Super darts.

The Renegade has been released with the following color schemes 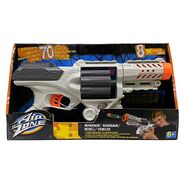 The packaging for the Renegade. 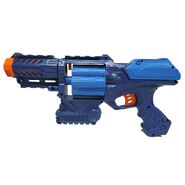 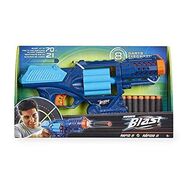 The packaging for the Rapid 8. 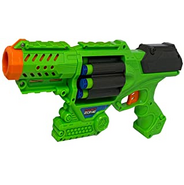