The Recon CS-6 is a clip system Nerf blaster that was released in 2008 under the N-Strike series.

It comes packaged with a Dual-Mode Light Beam, a barrel extension, a flip-up sight, a shoulder stock, one six dart clip, six Streamline Darts, and instructions.

The Recon CS-6 is a slide-action clip-fed blaster. It features compatibility with detachable shoulder stocks and barrel extensions, which allows it to be customized with the included accessories, advertised that users can build their own blaster with this system. A single tactical rail is located on top of the blaster's priming slide. An additional clip can be stored into the included shoulder stock, and one dart can be stored in the blaster's grip.

In 2008, the original Recon CS-6 was recalled, citing that hands could get caught in the exposed plunger causing skin to rip. Over 330,000 units were recalled.[1] Nerf developed covers for the plungers and a new Recon CS-6 was put back on the market. These plunger covers are now a recurring feature on many spring-powered clip system blasters that have a shoulder stock attachment point. Owners of the pre-recall blasters were also given free replacement covers that fully encased the plunger tube to prevent further injury.

It was re-released four times, starting with the Red Strike version in 2009, as a part of a Black Friday Walmart exclusive. In 2010, it would be re-released under both the Clear Series and Sonic Series. Its last re-release was in 2011, as a Gear Up blaster.

The Recon has been released with the following color schemes:

The Recon CS-6 features a reverse plunger plunger system. Because of this, it is usually disliked in modding communities. The 2008 version of the blaster notably has a shorter plunger tube, due to the 2008 product recall and redesign of the plunger.

Orange Mod Works has released three special mod kits for the Recon: a Stage 1 package with a stronger spring, a Stage 2 package with an aluminum bolt sled and plunger, and a "starter" Massacre Kit, with polycarbonate replacement parts. 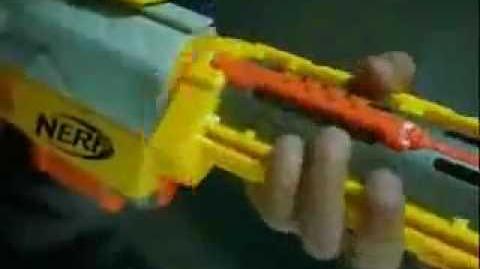 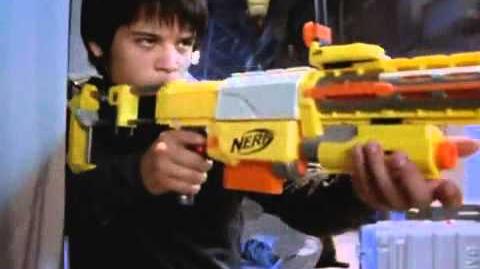 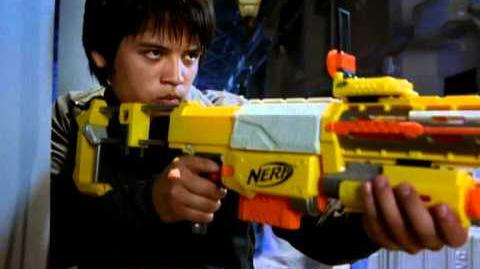