The Rapid Red is a Nerf blaster that was released in fall of 2014 under the Secrets & Spies sub-series.[1] It requires four "AA" batteries to be operated.

The Rapid Red is a semi-automatic clip system flywheel blaster similar to the N-Strike Elite Stryfe. It features a tactical rail behind its jam door and two strap points, one above the muzzle and one built into the handle.

The UK version of the Rapid Red is extremely unreliable and suffers from jams often, especially on low batteries.[citation needed]

It advertises a firing range of up to seventy-five feet (twenty-three meters).[1] 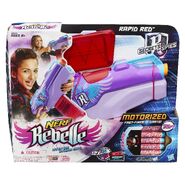 The packaging for the Rapid Red. 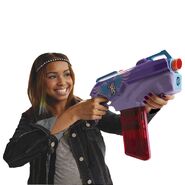 A model aiming the Rapid Red. 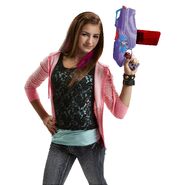 A model holding the Rapid Red.