The Rapid Fire is a Zuru blaster that was released in 2015 under the Bug Attack series.

The Rapid Fire is a small blaster that holds up to six darts at a time in its cylinder, which advances on the prime.

The Rapid Fire was re-released in 2016 as the X-Shot Reflex Revolver TK-3.

It also comes in a value pack that includes two Rapid Fires, ninety-six Bug Darts and three Moving Bug Targets. It was also available with the Eliminator in the Bug Attack Value Pack.

The packaging for the Rapid Fire. 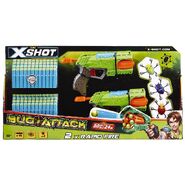 The value pack for the Rapid Fire. 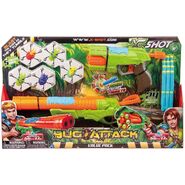