Not to be confused with the fictional Raider CS-6.

The Raider Rapid Fire CS-35, later renamed the Raider CS-35, is a clip system Nerf blaster that was released on September 9th, 2009 under the N-Strike series.

It comes packaged with a thirty-five dart drum, thirty-five Streamline Darts and a detachable shoulder stock.

The Raider Rapid Fire CS-35 is a pump-action clip system blaster. It features the ability to be slam fired, with the blaster advertised as being able to do so at incredible speeds. On the side opposite the clip well, there is an orange jam door that allows users to remove jammed darts. An extra dart can be placed in the bottom of the trigger handle. It is compatible with detachable shoulder stocks, and has two tactical rails for mounting accessories; both are located in tandem atop the blaster. There is a priming indicator in the rear mounting nub for shoulder stocks. However, this is obscured when a stock is attached.

The Raider has a side-loading clip well, rather than a bottom-loading one, which may be uncomfortable if a long clip, such as an eighteen dart clip, is used. Furthermore, the large drum can block the user's view somewhat if they are firing from the shoulder.

This blaster was first available in Australia.[citation needed]

By 2010, the blaster's name was shortened down to Raider CS-35, which became its more well-known name. This was also used for the Clear Series and Gear Up variants of the Raider.

The Raider has a direct successor called the Rampage, which was released under the N-Strike Elite series in 2012.

The Raider has been released with the following color schemes:

The Raider CS-35 is not popular within the modification community, due in part to its reverse plunger system. Orange Mod Works has released two special mod kits for the Raider: a Stage 1 package with a stronger spring and a "starter" Massacre Kit, with polycarbonate replacement parts.

In 2011, the Bonus Pack was re-released with Nerf's new box colors, but only as a promotion at Toys "R" Us for one week[citation needed]. This re-release would give it Special Value imagery on it, rather than that seen on the original Bonus Pack.

Also available is a Double Your Darts pack, which included double the standard amount of ammunition. This would also later see a re-release, as the Raider CS-35 Reload pack. 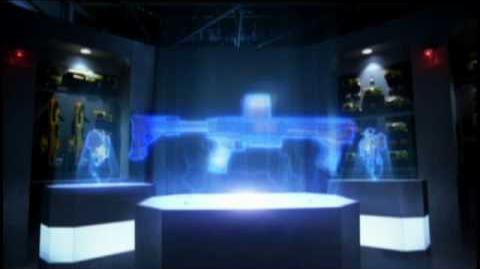 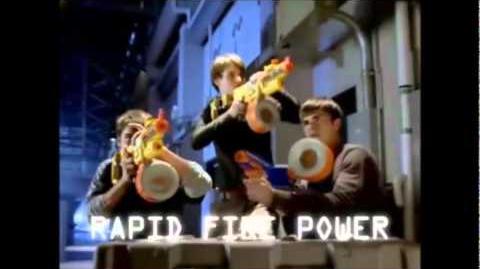 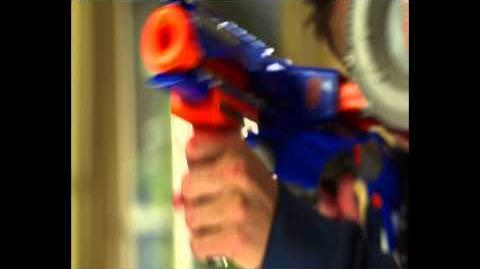