It comes packaged with a clear thirty-five dart drum and Raider shoulder stock as well as thirty-five red Streamline Darts.

Like other Clear Series blasters, it has improved performance. It is recommended to slam fire this blaster with less force, because the clear blasters are made from slightly weaker plastic. Slam fire reduces range, like with the normal Raider CS-35.

The Clear Raider CS-35's packaging.
Add a photo to this gallery 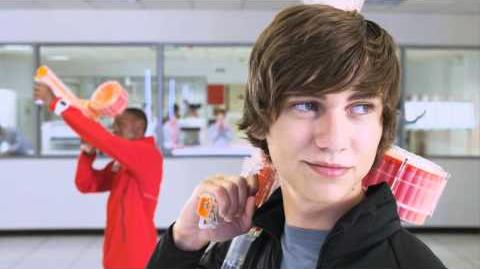 Target Nerf Commercial
Add a photo to this gallery

Retrieved from "https://nerf.fandom.com/wiki/Raider_CS-35_(Clear)?oldid=180215"
Community content is available under CC-BY-SA unless otherwise noted.