The Pyragon is a Nerf blaster that was released on August 1, 2012[4] under the Vortex series.

It comes packaged with its forty disc drum, forty orange and white XLR Discs, and instructions.

It is a Toys "R" Us exclusive in Hong Kong.

The Pyragon is the first Vortex blaster that is able to be slam fired. It is compatible with all disc magazines. One tactical rail is located on the top of the blaster. It is also compatible with most shoulder stocks.

The Retaliator shoulder stock is not compatible with this blaster.[5]

The Pyragon has been released with the following color schemes: 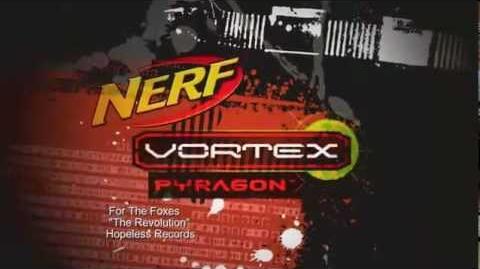 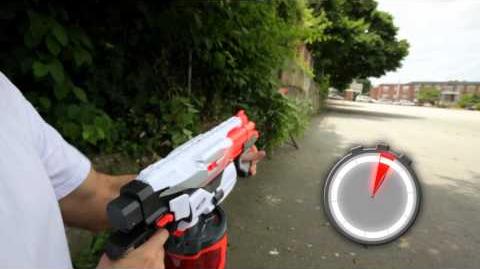 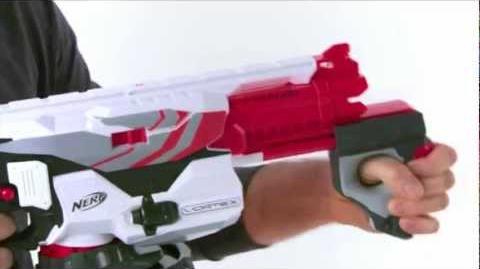 Retrieved from "https://nerf.fandom.com/wiki/Pyragon?oldid=206053"
Community content is available under CC-BY-SA unless otherwise noted.