The Pulsator is a Nerf ball blaster that was released in 1998 under the Mega Blitz series.

The Pulsator is a pump-action single-fire ball blaster that was advertised as the "fastest Nerf ball shooter ever". It is fired HAMP-style and lacks a firing trigger. It alternates firing between each of its two large barrels that extend and contract while firing.

The packaging for the Pulsator.

An alternate packaging style for the Pulsator. 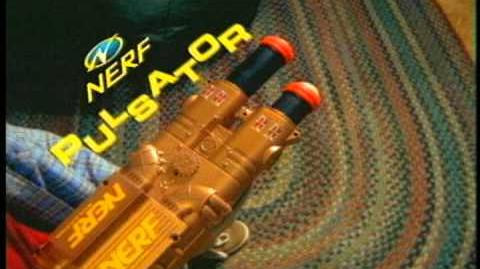