The Proton is a Nerf blaster that was released on September 10, 2011, under the Vortex series.

The Proton has been released with the following color schemes:

Two Proton blasters and sixteen XLR Discs are available in the Proton 2-Pack.

To reload the Proton, pull back the disc tray until it is completely out of the blaster. Load a disc into the groove in the tray and push down on one of the slide return levers located on either side of the blaster.

Pull the trigger to fire a disc. 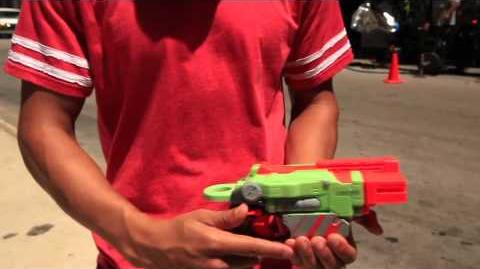 NERF VORTEX Inside Blast - PROTON
Add a photo to this gallery