The ONE is a Nerf blaster that was released on October 1st, 2019[1] under the ULTRA series. It requires four "C" batteries to be operated.

It comes packaged with twenty-five ULTRA Darts and instructions.

The ONE was leaked online in early 2019, with listings appearing on Brickseek. An image of it appeared in September of 2019. Later that month, an official teaser for it and the ULTRA series was released by Nerf. The ONE was officially announced on September 23, 2019.[3] 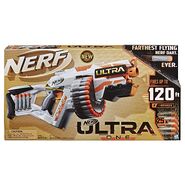 The packaging for the ONE. 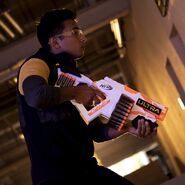 A Nerf model holding the ONE. 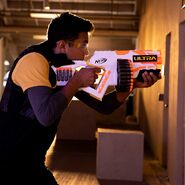 A Nerf model aiming the ONE. 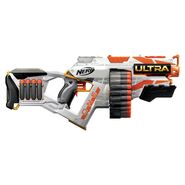