The Nite Finder EX-3 is an external mechanism Nerf blaster that was released in 2004. It requires two "AA" batteries to operate its integrated light.

It comes packaged with three Micro Darts. In the United Kingdom, it comes with three Whistler Darts.

The Nite Finder EX-3 is a single-fire single-shot blaster. Its main features is an integrated light located under the muzzle. This turns on when the firing trigger is pulled back halfway. A plastic lens in front of the light beam allows the resulting light to be adjusted, to try and compensate for longer shots. Two additional darts can be stored under this light. The blaster also has a tactical rail on top of it.

Streamline Darts do not fire properly unless the blaster or the darts are modified.

It is a re-release of the 2003 series Nite Finder. The original version did not feature a tactical rail.

It was re-released in 2005 as the Dart Tag Firestrike.

It was succeeded in 2013 by the N-Strike Elite Firestrike. Despite this, in 2014, another color scheme of the Nite Finder EX-3 was released. This variation is one of many Elite Repaints and performance is unchanged from the original N-Strike variants.

The Nite Finder has been released with the following color schemes:

The Nite Finder EX-3 is a very commonly modified blaster, due to its simplicity and potential, and its direct plunger internals. Common modifications include the removal of the blaster's air restrictor, spring and barrel replacements, increasing ammunition capacity, and minimization. Some modders have found it capable of taking K26 springs.[citation needed]

Due to the way the electronic circuits are designed, it is possible for the light to be jammed into the "ON" position. This can be due to two reasons: the switch below the trigger may be permanently connected and/or the soldering of the wires may be joined, making the switch obsolete. Both of these problems can be quickly and easily fixed by opening up the blaster. 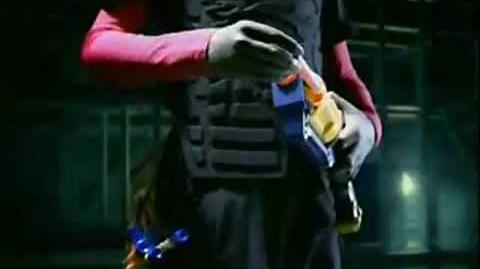