Nick & Nerf is a series of Nerf products that was released in 1995.

The Nick & Nerf series consists of sports-related products made with a twist: they are all weird or wacky variations of regular sports (for example, Feetball is a spin on American football). They were co-developed with kids' programming network Nickelodeon, from which the name was developed. The sole exception to this was the Super Aggro Crag, which was based off of the final event of the same name from the show Nickelodeon GUTS. 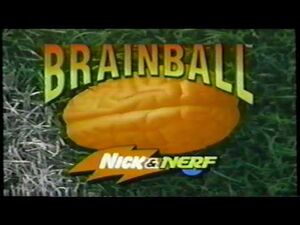