The N-Strike Modulus series focuses on customization of blasters with multiple accessories, including tactical rail accessories, barrel extensions, and detachable shoulder stocks. All blasters released under the series come packaged with accessories that can be interchanged with one another. Several blasters could also double as attachments. 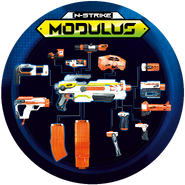 A chart displaying the Modulus ECS-10 and all the first-wave accessories that can be added to it. 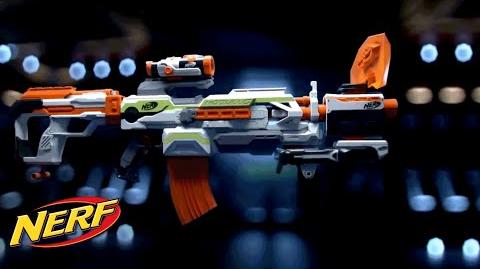