Max Force is a series of Nerf blasters that was released in 1994.

Max Force was designed with an animal theme, with each blaster made to resemble a predatory animal. It brought with it a few revolutionary ideas that remain with some blasters today, such as the inclusion of integrated lights, or the concept of shields.

A video game for the Max Force series was planned and scheduled for a Christmas 1995 release. This would have been the first Nerf video game. However, the game was cancelled due to budget issues.

Max Force lasted for three years before it was discontinued in 1997. It has a direct sequel line of blasters called Max Force 2112. For the 1997 Kenner Action Guide, continuing Max Force blasters were merged with the Max Force 2112 line.

The last blaster in the series, the Mad Hornet, was intended to have a 1996 release before being pushed back to a limited 1997 release before being inducted into the Max Force 2112 line. The Whiptail Scorpion was inducted into the Max Force 2112 line alongside it. Although the series was dropped after 1997, several blasters such as the Eagle Eye and Rattler would later be re-released in the updated 1998 packaging scheme. 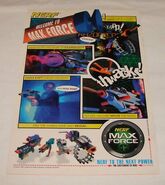 A magazine advertisement for the Max Force series, in the form of a comic. 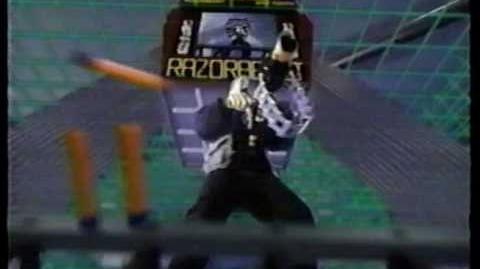 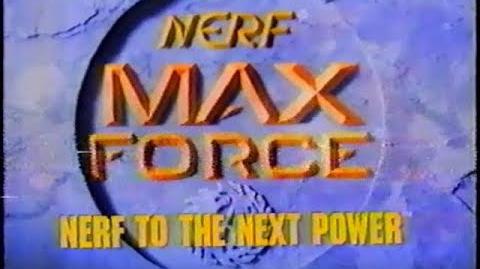