View source
watch 03:01
Wiki Targeted (Games)
Do you like this video?
Play Sound

Not to be confused with the Buzz Bee blaster of the same name.

The Master Blaster is a Nerf ball blaster that was released in 1992 under the Original Nerf name.

The Master Blaster is a pump-action ball blaster that features two barrels that each hold up to four balls at once. It alternates which barrel it fires from as it is pumped. There is a handle located beside the top barrel.

The blaster was not originally a Nerf product, having first released in 1991 under the "Gotcha" brand as the Super Blaster in Europe.[citation needed] This version was the same color and was overall the exact same blaster in design and functionality as its more well-known Nerf counterpart. This variation was sold until at least 1993.

Under the Nerf brand as the Master Blaster, it was only sold on the market for a limited amount of time. For reasons unknown, it was quickly pulled from store shelves.

It was succeeded by the 1994 Nerf Action Ballzooka. 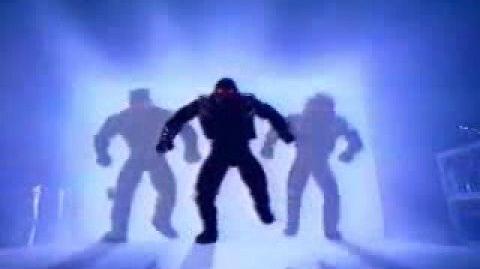