Not to be confused with the N-Strike Magstrike AS-10.

The Magstrike is a Nerf blaster that was released in 2007 under the Dart Tag series.

The Magstrike is an air-powered, fully-automatic blaster. It features a single tactical rail near the rear of the blaster, behind where its clip is located; due to this location, scopes and other aiming accessories may not be suitable for use.

The Magstrike is the successor to the old 1999 PowerClip from the AirJet Power Plus series. This can be seen in the design of the blaster and the clips, which are extremely similar.

It was re-released shortly after as the N-Strike Magstrike AS-10.

The Magstrike has been released with the following color schemes:

To reload the Magstrike, load up to ten darts into one of the packaged clips. The clip is then loaded into the blaster. Pump it about twenty times for maximum firing power.[1]

To fire darts, pull back the trigger. 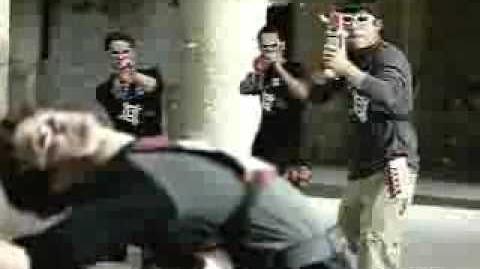