The Longshot CS-6 is a clip system Nerf blaster that was released in 2006 under the N-Strike series.

It comes packaged with a front blaster, a Targeting Scope, a six dart clip, six Streamline Darts, and instructions.

It is a Toys "R" Us exclusive in the United Kingdom.

The Longshot CS-6 is a bolt-action clip-fed blaster advertised as a "2-in-1 blaster". This is due to the included front blaster, which connects to the Longshot with the use of its barrel extension attachment point. The Longshot also features a carry handle with a tactical rail built atop it, a set of folding bipod legs, and an integrated shoulder stock that can be extended out, to additionally make the blaster longer. The folding legs allow the blaster to be used against a flat surface, which can be helpful when the blaster is at its full length.

The blaster's jam door is located under the carry handle, which can be slid open to provide an access point for jams when the blaster is half-primed. Two strap points are built into the blaster, one above the muzzle and one against the back of the carry handle.

While most N-Strike blasters can fire Elite Darts, the original version of the Longshot has difficulty firing them without modifications.[1] This is not the case for the later, yellow variant of the Longshot. It is believed that there is a difference in the breech between the two versions, resulting in a failure of the original Longshot to fire Elite Darts and allowing the newer version to do otherwise.

The Longshot was the first clip system Nerf blaster. It was also the first blaster to use interchangeable barrel extensions.

It has been re-released five times, starting in 2007 with a new, yellow color scheme[2]; this version of the Longshot notably only came packaged with one clip, rather than two. The Red Strike Longshot released in 2009 as a part of a Black Friday deal at Walmart stores.

The blaster was notably discontinued in the United States in mid-2010, possibly due to the release of the Longstrike CS-6, which may have acted as a follow-up or successor to it.[citation needed] Because of continued high demand of the blaster, and the shortage the discontiuation created, prices on websites like eBay skyrocketed, sometimes even matching the typical mint price for the 1994 Nerf Action Crossbow.

Another spiritual successor to the Longshot was released in 2013, as the N-Strike Mega Centurion.

The Longshot has been released with the following color schemes:

Longshot CS-6 internals are fairly complex. It has a direct plunger system, with the largest plunger of all the N-Strike clip system blasters, making it one of the most powerful stock N-Strike clip system blasters.[citation needed] The internals have several locks built into the firing mechanism. One of them doesn't allow the firing trigger to be pulled while the bolt is back. Another doesn't allow the blaster to be re-primed immediately after firing; this makes the user wait a second at most to re-prime the blaster. Another lock stops the clip from being removed while the bolt is forward. All of the blaster's clip, trigger, and jam door locks can be removed via modification.

The Longshot has been considered one of the most popular Nerf blasters for integrations. Modders attach Mavericks, Titans, the Longshot's own front blaster, and other blasters to the bottom of the Longshot by cutting, sanding, and attaching the two with sticky putty or adhesive.  In some cases, modders run coat hangers or wires around the existing internals to allow the main trigger to fire any attached underbarrel blasters. In other cases, instead of integrations, the priming action is converted to a standard pump-action style, rather than bolt-action.

Another popular modification to the Longshot converts it from a bolt-action priming mechanism to a pump-action one. The pump-action handle usually takes the place of the bipod arms, and connects to the original bolt arms to guide in priming.

Orange Mod Works has an Immortal Kit for the Longshot, which includes a stronger spring and replacement polycarbonate parts. 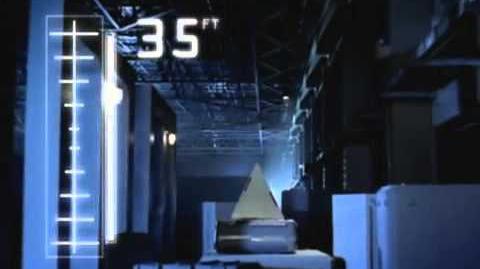