Light It Up is a sub-series of Nerf N-Strike and Vortex blasters that was released in 2012.

All blasters under the sub-series feature the use of Firefly Tech clips, magazines, and ammunition.

Light It Up was the first sub-series to feature blasters from both the N-Strike and Vortex lines, followed shortly after by the Sonic Series and Multishot Madness sub-series.

The Stampede ECS was briefly seen on certain promotional items for the Light It Up line, leading some to believe it was going to be the next blaster within the sub-series.[1] Despite the speculation, a Light It Up variant of the Stampede ECS never materialized.

Light It Up products 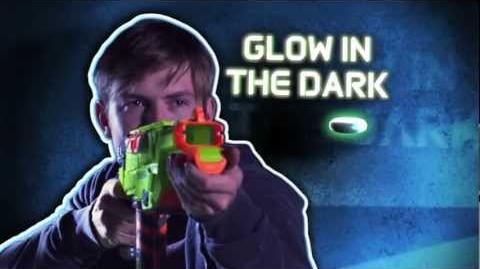 NERF Firefly Tech "Light It Up"