The IonFire is a Nerf blaster that was released in spring of 2016 under the N-Strike Modulus series.

The IonFire is a single-shot blaster with a breech-action priming mechanism, similar to the N-Strike SharpFire and the AccuStrike Series FalconFire. It features a built-in carry handle, similar to the one found on the Modulus ECS-10. It also features compatibility with detachable shoulder stocks and barrel extensions. Notably, the IonFire lacks the plastic nub that locks barrel extensions into place when attached. The Proximity Barrel and Spectre barrel extension do not have this problem, however.

There are two tactical rails: one on the carry handle and one under the blaster, in front of the firing trigger. 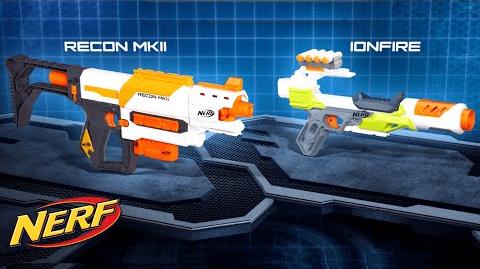 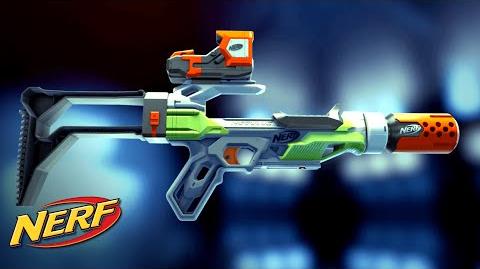 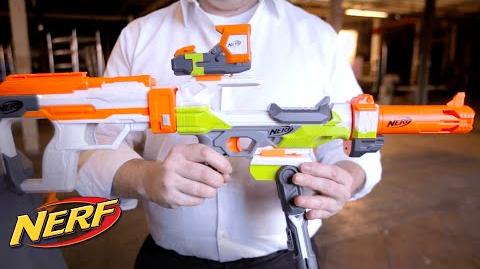