This is an article about the Dart Zone blaster. For other uses, see Havoc.

The Havoc, or Havoc Powerclip Blaster, is a Dart Zone blaster that was released in 2016.

The Havoc is a clip-fed blaster. Its priming handle is located on the left side of the blaster; the handle lifts up to a horizontal position for use. Powerclips advance on the prime, and the blaster can be primed multiple times without firing to advance the clip up for removal. One strap point is located in the bottom of the grip.

The Havoc is compatible with Nerf Elite Darts and its many variants.

The Havoc was re-released by Prime Time Toys as an Adventure Force blaster. 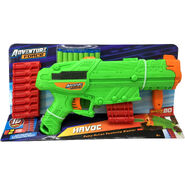 The Adventure Force packaging for the Havoc. 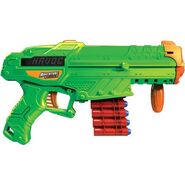 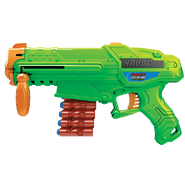 The left side of the Dart Zone Havoc. 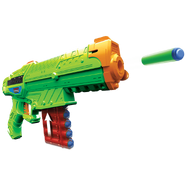 The Dart Zone Havoc being fired. 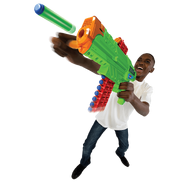