The Flipside is a Nerf blaster that was released in fall of 2016 under the Rebelle series.

It comes packaged with ten Collectible Darts and instructions.

The Flipside is a bow-action blaster. It is essentially a bow-action version of the Zombie Strike FlipFury. It features a pair of five-dart cylinders that can be flipped between by pulling the large trigger.

The Flipside was first announced at the 2016 Toy Fair, under the name Flipside Bow.

The Flipside has been released in the following color schemes: 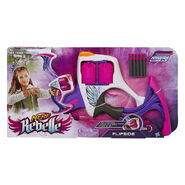 The packaging for the Flipside. 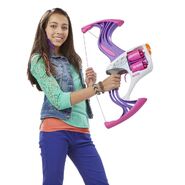 A Nerf model holding the Flipside. 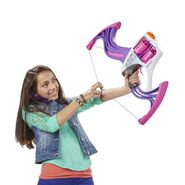 A Nerf model aiming the Flipside. 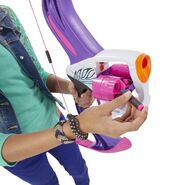 The Flipside's drop-out cylinders being loaded.
Add a photo to this gallery
Retrieved from "https://nerf.fandom.com/wiki/Flipside?oldid=184756"
Community content is available under CC-BY-SA unless otherwise noted.