The Flare is a Nerf blaster that was released in 2021 to promote the video game Fortnite.

The Flare is a break-open, single-shot blaster. It is based off of the flare gun weapon from Fortnite. It features a wide sling attachment point on the grip and a break-away barrel which can be accessed by pressing down the hammer. A large unpainted text reading "Super Flare" is molded on the side of a barrel.

An image of an unfinished Flare blaster was leaked in late May 2021. 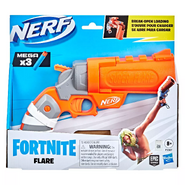 The packaging for the Flare. 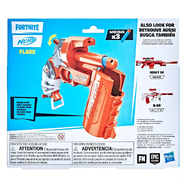 The back of the packaging for the Flare. 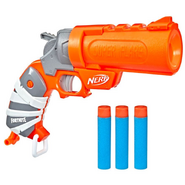