The EverFierce Bow is a Nerf blaster that was released in fall of 2015 under the Charmed sub-series.

It comes packaged with four Charmed Darts, a bracelet, and three charms.

It is a Target exclusive in the United States.[citation needed] 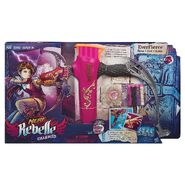 The packaging for the EverFierce Bow. 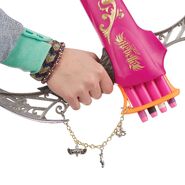 A close-up of the bracelet attached to the EverFierce Bow. 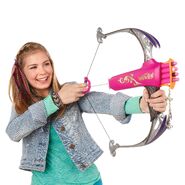 A Nerf model aiming the EverFierce Bow.
Add a photo to this gallery

Retrieved from "https://nerf.fandom.com/wiki/EverFierce_Bow?oldid=184585"
Community content is available under CC-BY-SA unless otherwise noted.