The Epic Action Bow is a Nerf blaster that was released in fall of 2016 under the Rebelle series.

It comes packaged with three Collectible Darts and instructions.

As the name suggests, the Epic Action Bow is a bow-action blaster. It appears to use the same Jolt mechanism that has been in use for several years. This likely indicates it will be unable to achieve Elite-level performance, although this is merely speculation based on the performance levels of previous Jolt-style blasters.

The Epic Action Bow has been released in the following color schemes: 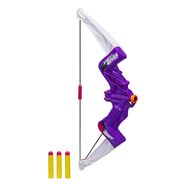 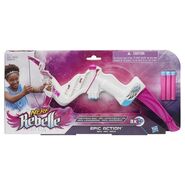 The packaging for the Epic Action Bow. 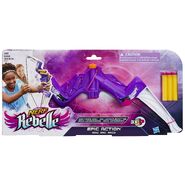 The packaging for the purple Epic Action Bow.
Add a photo to this gallery

Retrieved from "https://nerf.fandom.com/wiki/Epic_Action_Bow?oldid=184581"
Community content is available under CC-BY-SA unless otherwise noted.