The Dual-Strike is a Nerf blaster that was released in spring of 2016 under the N-Strike Elite series.

The Dual-Strike is a single-fire blaster with the ability to fire both Elite Darts and Mega Darts. Both dart types are fired through the same plunger system. Users can switch between the two types via a switch on the right side of the blaster. Barrels for each dart type are different in color and layout. The barrels for the Elite Darts are orange and are laid out similarly as the Triad EX-3's muzzle. The Mega Dart barrels are red and are vertically aligned, similar to the Mega ThunderBow of the N-Strike Mega line. It also uses an intelligent air restrictor system, allowing a single dart to be fired from any of its corresponding barrels. The Dual-Strike has a single tactical rail on the top of the blaster.

There is a value pack for the Dual-Strike that includes the blaster itself, six Elite Darts, and six Mega Darts. This value pack is exclusive to Walmart. 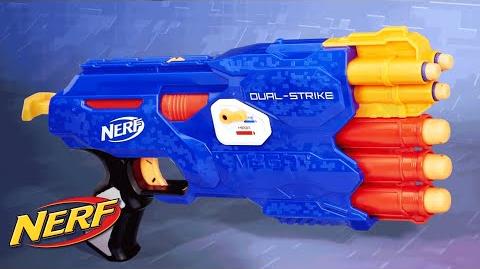 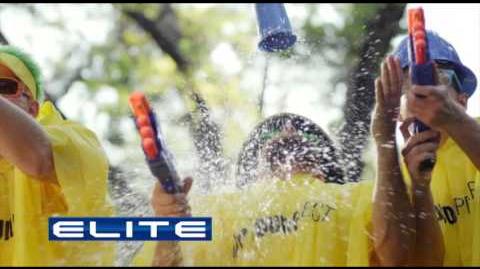 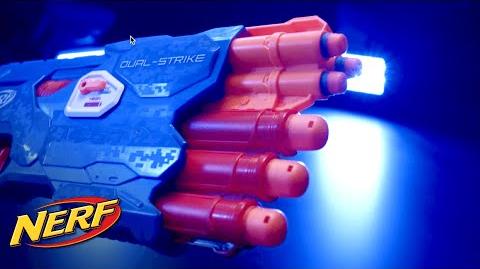 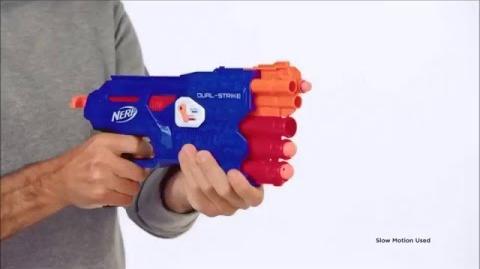