The Double Fire is an Adventure Force blaster that was released in 2019.

Like the previous Double Shot, the Double Fire also uses a piece of string to prime the plungers when the barrel is broken open. The string may break after continuous use.[citation needed] 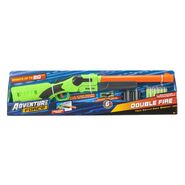 The packaging for the Double Fire. 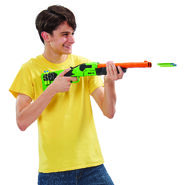 A model holding the Double Fire.