The CrossBolt is a Nerf blaster that was released in fall of 2015 under the N-Strike Elite series.

It comes packaged with a twelve dart clip, twelve Elite Darts, and instructions.

The CrossBolt is a clip system string-powered crossbow-like blaster. Unlike other "crossbow" blasters like the Zombie Strike Crossfire Bow, the CrossBolt does not feature the use of a plunger system, instead relying on string-based internals. It features one tactical rail under the muzzle of the blaster, two jam doors and two strap points: one under the iron sight and on the priming slide.

The CrossBolt will not accept Streamline Darts.[citation needed]

It is advertised to have a firing range of up to ninety feet (twenty-seven meters).

The string on the CrossBolt may be stretched or replaced to increase its tension. This is one of the easiest modifications to do on any blaster, since it does not actually require opening the shell of the blaster. Two plastic plates on the bowarms can be unscrewed to replace the string.

Another popular modification is shortening the bowarms to make the blaster more compact. The blaster will still function as long as the string has been fixed elsewhere.

The CrossBolt is notorious for having many mechanical locks inside the blaster, which prevent it from priming or firing with no dart loaded. These locks can be removed through modification for better handling. 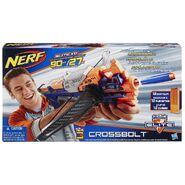 The packaging for the CrossBolt. 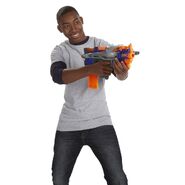 A model aiming the CrossBolt. 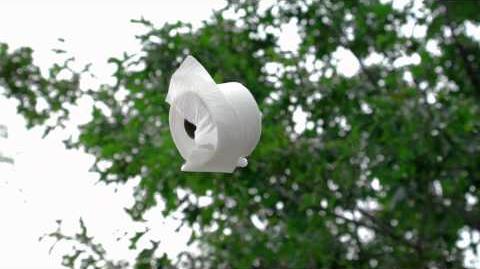 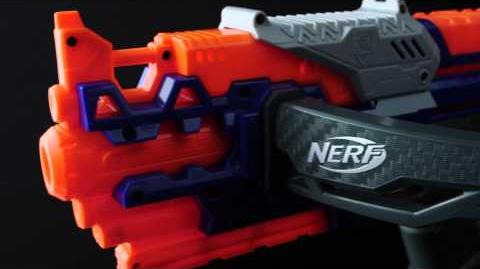 Nerf US Behind the Blaster Crossbolt