The Blazin' Bow is a Nerf blaster that was released in 2013[2] under the N-Strike series.

It comes packaged with three arrows and instructions.

As its name may imply, the Blazin' Bow is a bow-style blaster; it does not have a firing trigger, much like the Bow 'n' Arrow. It features two arrow holders, one on each side of the blaster.

Unlike other blasters in the N-Strike series, the Blazin' Bow has a completely black and orange color scheme, as well as an orange flame pattern molded onto it. 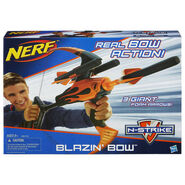 The packaging for the Blazin' Bow. 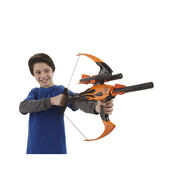 A Nerf model aiming the Blazin' Bow.
Add a photo to this gallery 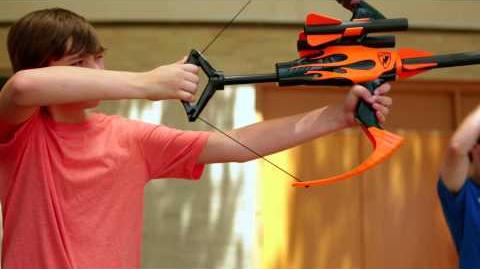 Retrieved from "https://nerf.fandom.com/wiki/Blazin%27_Bow?oldid=183609"
Community content is available under CC-BY-SA unless otherwise noted.