The Bees! is a Nerf blaster that was released in August of 2021 to promote the video game platform Roblox.

The Bees! is a lever-action revolver-style blaster inspired by the Ultra-Rare Bee pet from Roblox game Adopt Me!. It features a cylinder which holds up to eight Elite Darts and advances on the prime. This blaster functions almost like the Zombie Strike SlingFire. 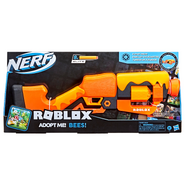 The packaging for Bees!. 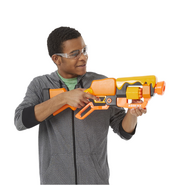 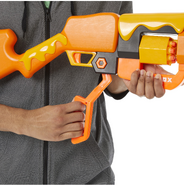 A closeup on the Bees! priming lever.