Not to be confused with the Koosh Vortex FireStorm or the 2009 Air Zone Arrowstorm.

The Arrowstorm (known on packaging as the Arrowstorm Gatling Unit and known as the Firestorm outside of North America) is a Nerf blaster that was released in 1993 under the Original Nerf name.

It comes packaged with six arrows.

The Arrowstorm is a pump-action arrow blaster with an auto-advancing six-arrow turret. When the pump handle is pulled back, the turret automatically rotates. The size of the blaster and the way it is fired makes it necessary to have both hands on the blaster at all times. There is a built-in carrying handle on top of the blaster. Iron sights are also found on the carrying handle. Though a trigger well is seen on the design of the Arrowstorm, a firing trigger is not present.

The barrels on the blaster's turret are interesting in that they contain no end caps, allowing whatever the user decides to insert into the barrel to be fired; some variants of the blaster allegedly do feature caps on the end of each barrel. This allows the blaster to not only be compatible with Mega Darts,[3] but also Micro Darts and Elite Darts, as well as their individual variants. When loading Elite Darts or any other flat-tipped dart, one has to take note not to tilt the blaster backwards or the dart may fall into the air release hole. On a similar note, tilting the blaster downwards will cause the dart to fall out of the blaster when using this type of ammunition.

The tubes that the arrows slide onto have an outside diameter that tapers from 0.78" at the base to 0.76" at the tip.

The Arrowstorm was widely considered to be among the best blasters ever released in the early Nerf community, with Nerfers consistently hailing the blaster as among the best well into the late 1990s.[4] The blaster most likely earned its reputation through its power, performance, and innovative, as well as generally intimidating, design.

At the time of its launch, the Arrowstorm was heavily promoted, appearing in catalogs until 1995 and often being the centerpiece of television advertisements depicting more than one Nerf blaster.[5] A famous television advertisement featuring actor Devon Sawa aired in 1993 with the tagline "If you don't have the Nerf Arrowstorm, you're just another target." It was apparent that Kenner viewed the Arrowstorm as the flagship blaster in the Nerf line for the 1993 and 1994 seasons.

Though the title "Arrowstorm" does not appear to have any negative connotations, when launched for an international audience the blaster was renamed to "Firestorm" instead. This name would later be reused on a Koosh Vortex blaster several years later. The Arrowstorm was also slated to make an appearance in the 1995 game Nerf Max Force, though the game would be eventually canceled.

The Arrowstorm contains no air restrictors and, because it has such a strong stock performance, has little modification potential. The stock spring is incredibly powerful on its own. On the other hand, barrel replacements have often been completed by modders.[6] Seal improvements and minor cosmetic adjustments, mostly the ability to make the blaster rear-load, are also popular choices.[7] Lastly, airflow improvements have also been completed from time to time.[8] The Arrowstorm, though unable to have many serious modifications, is still able to sustain powerful but simple modification without major overhaul.

The packaging of the Arrowstorm.

The packaging of the Firestorm.

The Arrowstorm.
Add a photo to this gallery 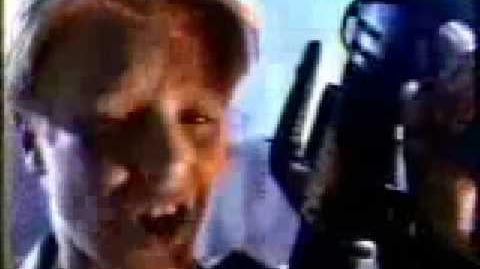 Retrieved from "https://nerf.fandom.com/wiki/Arrowstorm?oldid=194818"
Community content is available under CC-BY-SA unless otherwise noted.