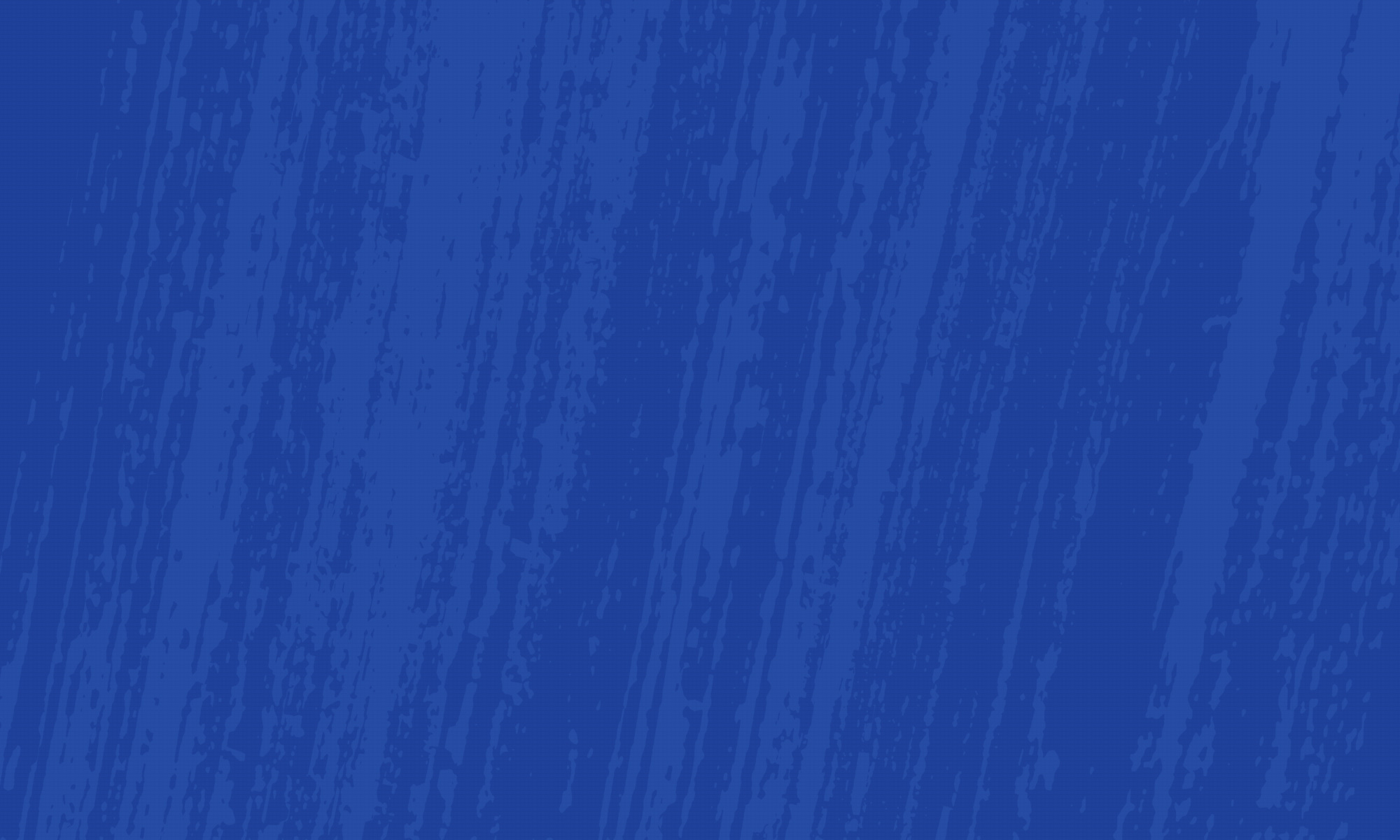 What's on your mind?

These are my rules so far: https://docs.google.com/document/d/1tfp9owsVUGm68deXXVnxPDO9k00QuVuTO1yYLnCiQiw/edit

Can you tell me what I need in a war

What loadout should I make/require

And also how much heavier does it make the prime :)

More/less than the Doublestrike? 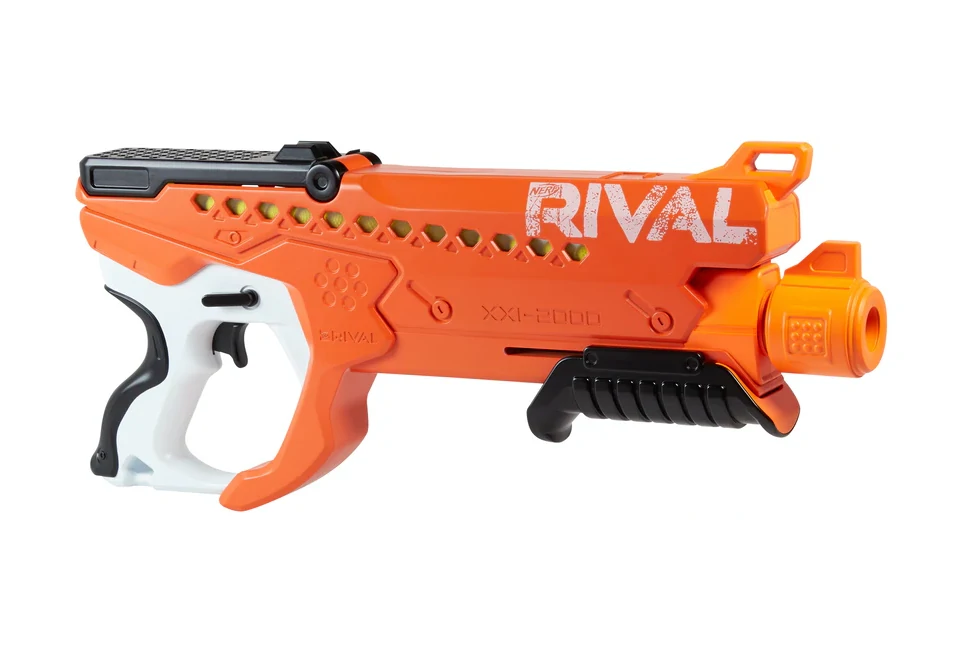 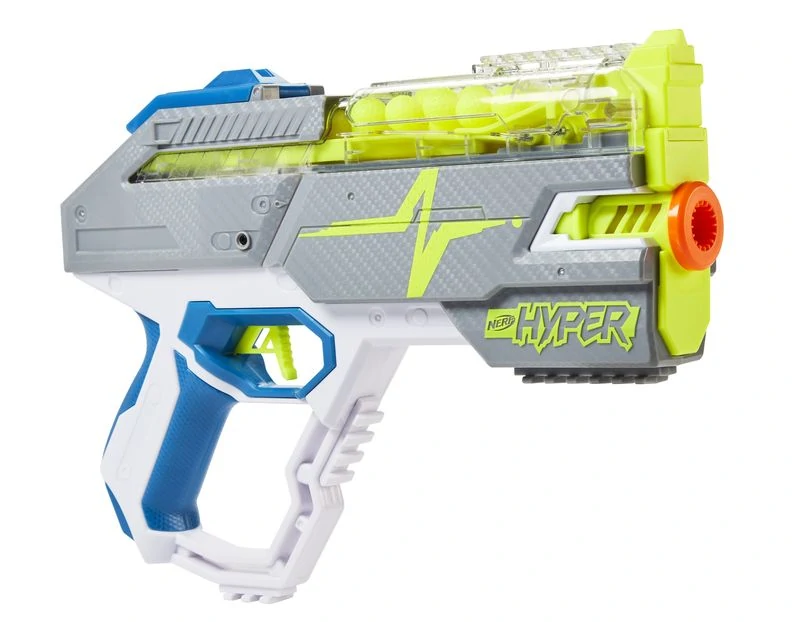 Rush, 40 rounds but the ammo is new & incompatible

I finally unboxed my red DZ Spectrum and thought I'd share some details that I didn't find in any of the other online reviews.

For starters, I'm very pleased. Overall it's one of the best $25 blasters I've ever purchased. The FPS is awesome, the sustained ROF is excellent, the foregrip design is amazing, and the overall aesthetic of the red Spectrum is very classy.

The included clip/mag has a nice strong follower spring, and like most CS-10s it actually holds twelve darts comfortably. The mag release is the best I've ever seen in a stock blaster. The curved lever design is actually better than most mag release upgrade kits.

The spin up time is great. Because it uses six AA batteries instead of four, the motors spin up very quickly and maintain good RPMs. I had no problems finger banging the trigger for a sustained rate around 4 DPS. Just perfect in my opinion.

The motors are also very quiet in comparison to the performance level. I expected a ≈100 FPS blaster to be loud. The Spectrum is not.

Now to the nitpicking.

I'm a big guy. Even with the adjustable stock fully extended, the blaster felt uncomfortably small. I instinctively wanted to hold it out like a pistol and blast away.

Although it shoots WAY faster than stock Nerf® dart blasters, I did not achieve the highly promoted 100 FPS. My best shot after 50 tries was 98.5 FPS with brand new Ray-o-Vac alkalines and the included Adventure Force waffle heads. Not quite 100 FPS, but you know what they say about cigars and hand grenades.

The aiming was off. I intuitively pointed the blaster where I wanted to shoot, but totally missed. Maybe I was faked out by the scope and the foregrip, but it didn't shoot where I expected.

I was disappointed that DZ only included 10 darts. Considering their actual production cost which is probably less than half a cent, they should have included 20, or 40. Who gives a $h!+ . Throw in a hundred.

Otherwise, the Spectrum is awesome. For $25 you won't do any better. Two thumbs up 👍 👍

Who else had their Nerf interest either started by or re-ignited by Nerf Socom back in the day?

In October I’m going to a big nerf war and I want to be historical. What is the closest nerf gun to a musket? 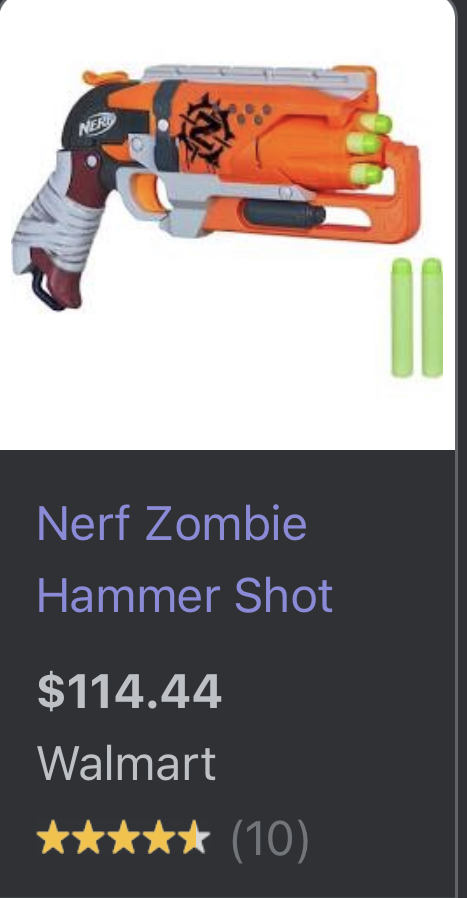 "Nerf isn't really cheap" Yes, if you want functional long lasting blasters you aren't going to get a -"Bang for your buck". There aren't many competitive nerfers, Many collectors, yes although a lot aren't into high performance and tacti-upgrades. Instead many opt for fun, operational blasters that won't wear and tear after literally 1 hour >:/ W A R D E N!?!?! One blaster that is bare-bones Nerf tacti-cool, easy to mod, good performance, operational STURDY blasters is the Nerf N-strike elite "STRYFE" It was affordable and was the literally "A little bang for our bucks" The whole thing costed 25 buckroonies in USD.. . . ... Well now go to amazon and search stryfe.. ... ᵀʰᵉ ᶦᵐᵃᵍᵉ ᶦˢ ʷʳᵒⁿᵍ ᶜᵘᶻ ᶦᵗ'ˢ ᵒᵘᵗᵈᵃᵗᵉᵈ ;).. . ... . Yes that's the price, this nerf elite gun which was such a huge platform for everyone is getting harder to get, since it's 2013 debut :/ [feel old yet guys or young] since it stopped production [quote the wiki] stores have since took it off there shelves and all of the ebay scalpers and resellers are now selling at a higher price, even to the hefty price of 120 us dollars, yessaroonie. What is and was one of the best Nerf branded official blasters is going for the price of 1 weeks worth of food. Yikes, Nerf hasn't said anything about bringing this product back, What's worse is the stryfe's collectible cousin the Nerf "Rayven C-S 18" goes for over 200 dollars on average

(Prices from amazon) :listings only same blaster: Although this is a collectible, for the Stryfe and it's one of the barebones fun blasters for Nerf. Hasbro, the company that owns Nerf is cutting costs on Nerf products because they aren't selling as well as they used to, and with the arrival of the pandemic this seems slightly reasonable, except Hasbro would probably be exempt from it. First, Hasbro has A LOT of product lines, including Nerf. Although, Hasbro is cutting costs, they have too many Toy lines that aren't even as popular as Nerf. Furthermore, with arrival of the pandemic their sales of board games and other toys are probably up. In fact, Hasbro has gained a lot due to their branding partners, according to Author: Sarah Whitten in the article Disney+ will fuel Hasbro gains long after the pandemic is over as Star Wars toy sales jump [Quote] "In 2019, revenue from Hasbro's partner brands rose 24% to $1.22 billion.". Unfortunately, in the future years to come they'd lose a lot of money contradicting my theory on Hasbro Gains. Hasbro only made $976 million in 2020|| giving them 1.46 Billion dollars to work with. This may be a lot, but they have multiple assets and need to pay their workers. Then, they also needed to get materials and send them out to the factory workers. After all, they had A lot of toy lines and such. That being said, the quality of such blasters in 2020 have been manure, crap, crudely put shiiiiiii eeeesh no just kidding, we don't need an "Upgrade" to our old blasters that are literally almost perfect in the Nerf industry and quota. Blasters like the Phoenix are never going to replace our stryfe or bullpup babies, Instead, JUST RESELL WITH THE GODDAMN DIFFERENT PAINT JOBS N NNNNNN N ERF ORRRRR NOTHING. Of course, to be honest Nerf isn't going in the worst direction this 2021, we have a new series called Hyper, which is very promising. That's it, reporting to you from the past and in the friggin present/ future April, 7th, Wednesday, 2021 FeralVoid.. ᶜᵃⁿ'ᵗ ʷᵃᶦᵗ ᵘⁿᵗᶦˡ ᵐʸ ᶦⁿᶠᶦⁿᶦᵘˢ ᵍᵉᵗ'ˢ ʰᵉʳᵉ, ʰᵒᵖᵉ ᵐʸ ᵐᵃᵍˢ ᶜᵒᵐᵉ, ᵒʰ ˢᵒʳʳʸ ᵍᵒᵒᵈᵇʸᵉ

NERF!?!?! I'm not gonna buy a stupid phoenix, just resell and manufacture one of the best nerf blasters inside of your company that is. WE'RE GONNA FRIGGN BUY IT!!!!!!!!!!! I mean like look at the cheap plastic on all the elite 2.0's, alphastrike's, Just look at the warden man.

Yup, I think I found it gents. Worst blaster EVER. Not only is it a single shot muzzle loader that shoot 15 feet, but it requires three LR44 button batteries.

It's all down hill from here boys. Strap in and pull those seat belts tight. 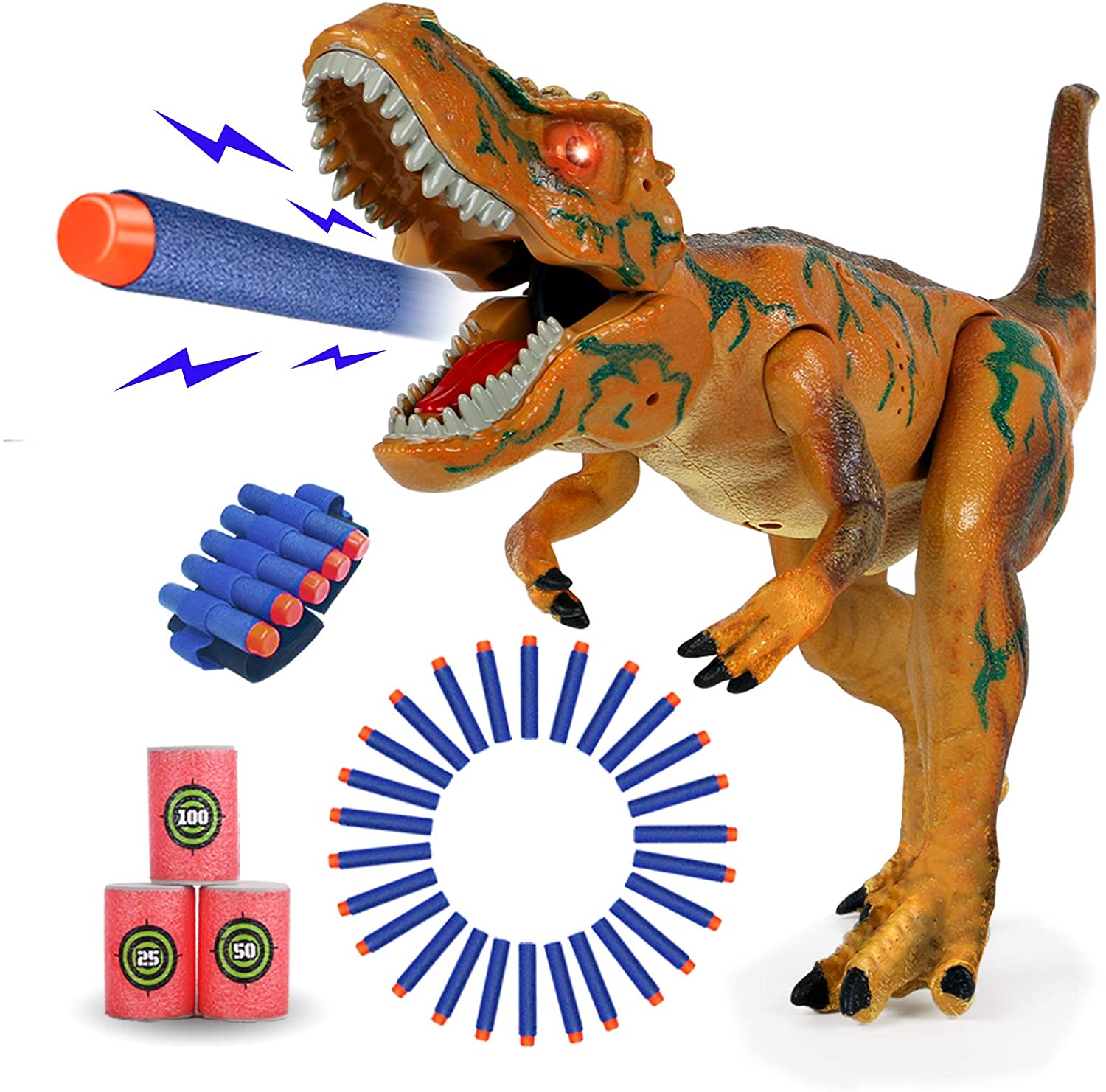 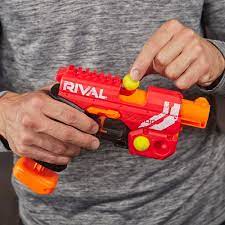 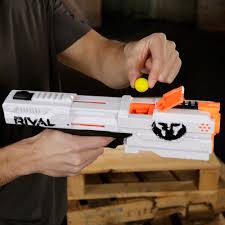 So, I went up to Walmart and bought various blasters (and a Beystadium), andI saw one of those Alphastrike packs that comes with a buncha blasters (this one came with two of those Jolt reskins I forgot the name of, a pistol with a rotating cylinder, and the Tiger DB-2 ), and I'm having so much fun with the Tiger DB-2. I know it's probably not very good in, like, a Nerf war cuz it's got such low capacity, but I love the feel of it. The fact it's designed like a Spas-12 makes it even cooler for me.

This is unironically my favorite Alphastrike blaster so far.

@Sdsparks @JetCell I added a couple of entries to the well known modders page yesterday evening, including Foam Data Services and Monkeytron collective. Both of these individuals are Britnerfers of note, and FDS in particular is well respected by the likes of Drac, Bobo and FoamBlast so I felt this was an OK thing to do. I noticed that the page was set for deletion. Would it have been better to give all those on that page their own separate page? 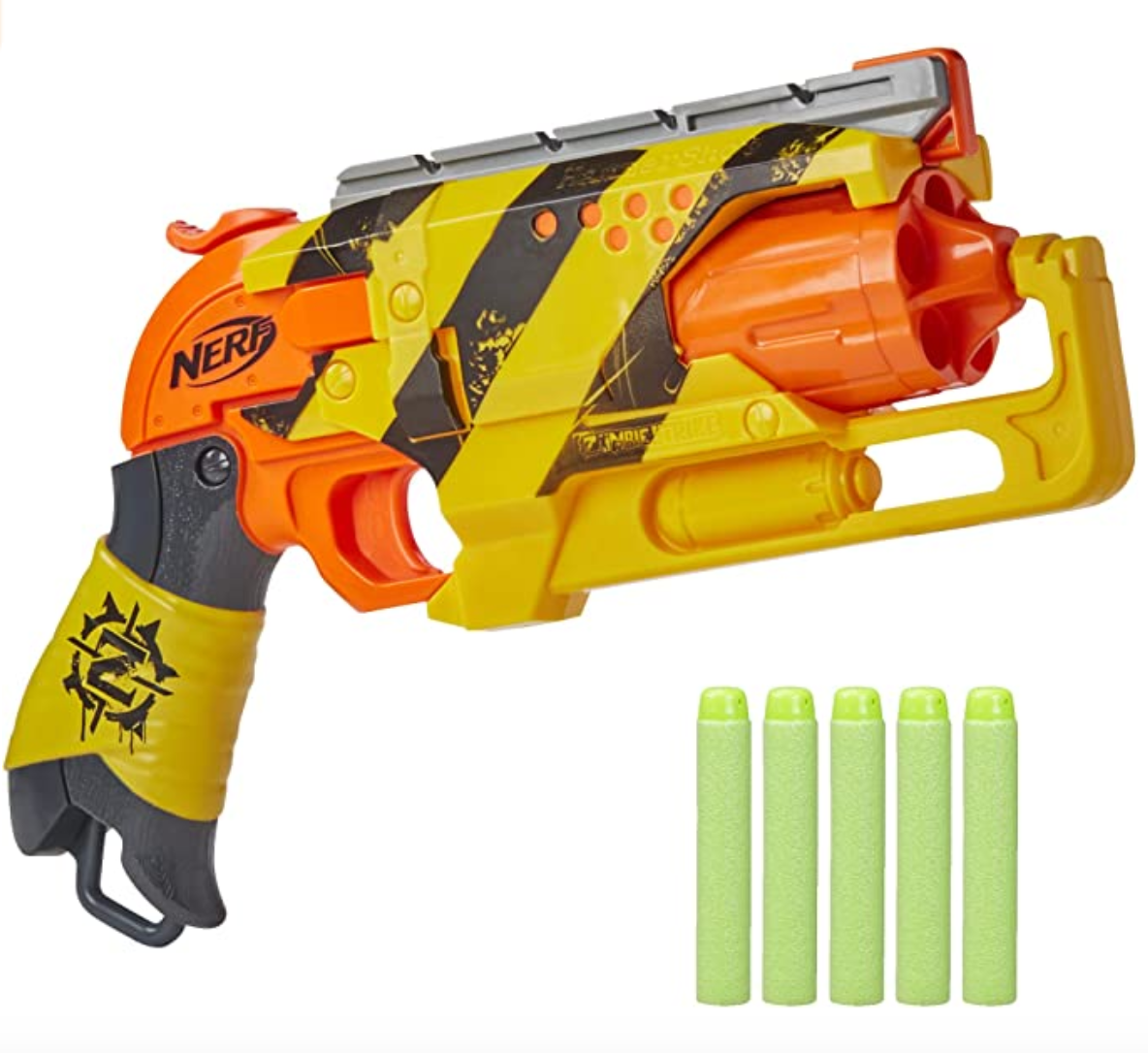 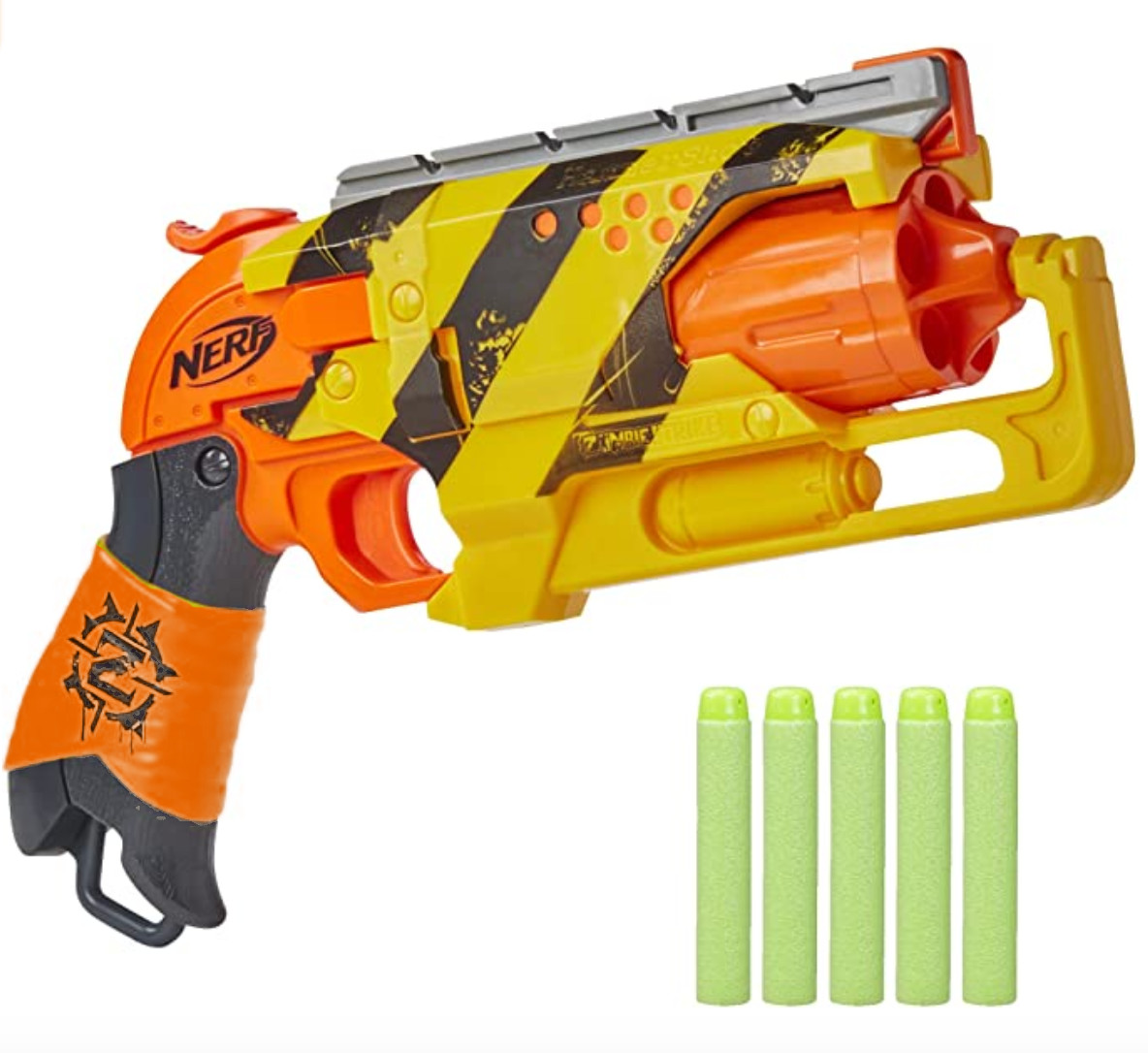 I'd be interested to hear if others had this same occurrence? Honestly, I don't mind, but I would've preferred the yellow wrap.

I found this old blaster among my toys in storage and I can't find any additional information about it. It's copyrighted for 2003 and has a 5-dart magazine, 3 years before the Longshot magazine! It has a pump-assist firing mechanism, and gun lights up when fired, but it had nothing to do with the darts. 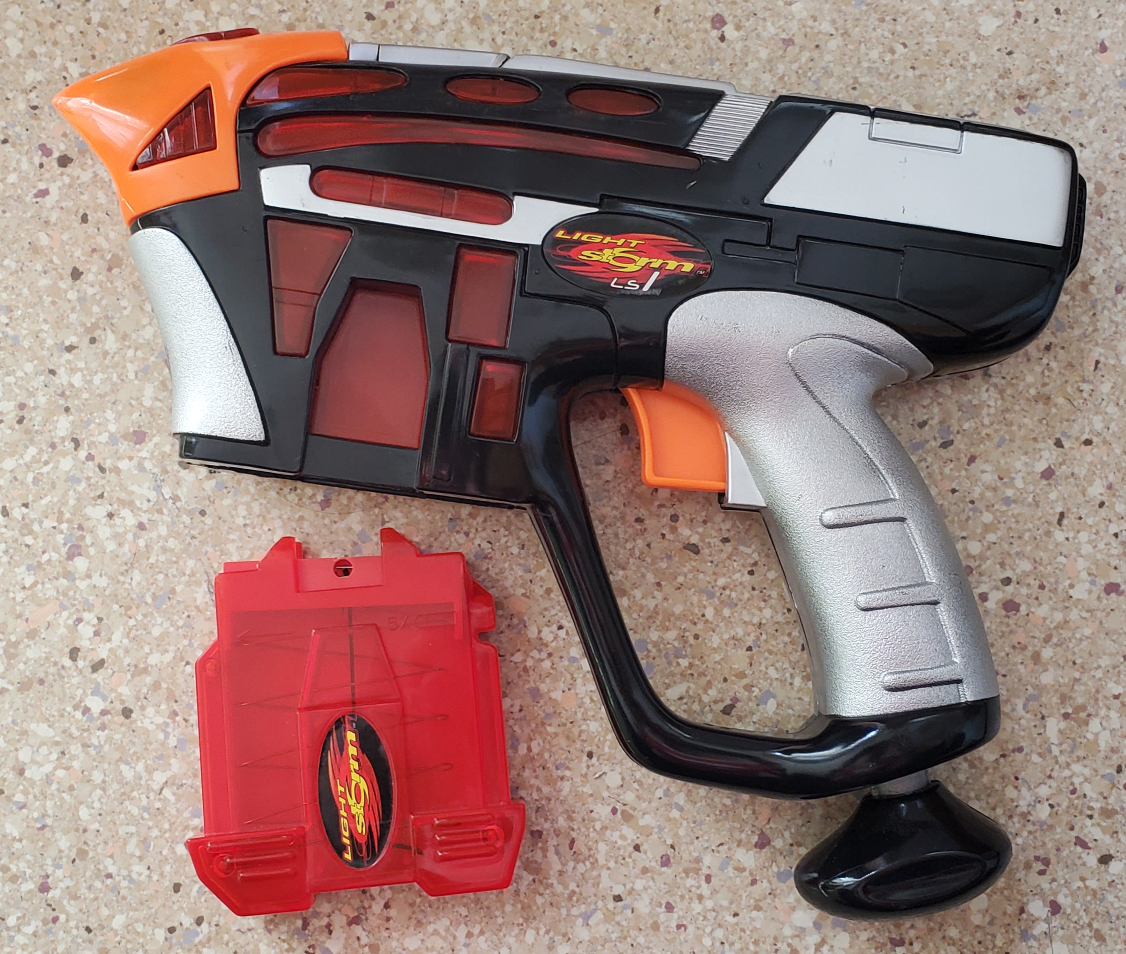 Streamline dart for scale, diameter is larger than the barrel. 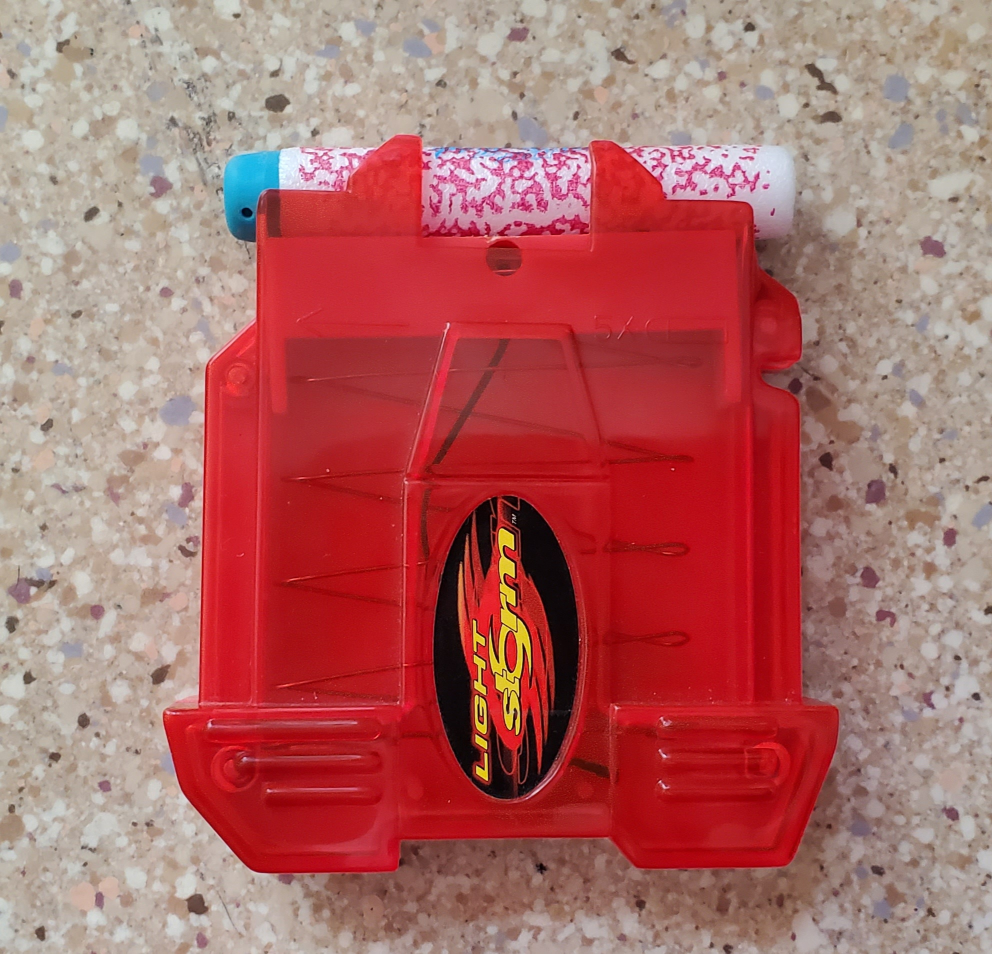 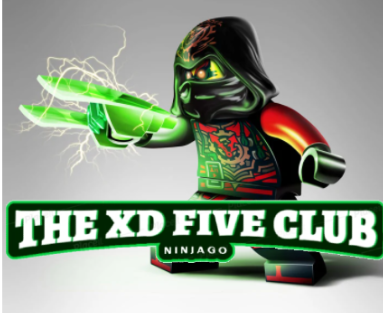 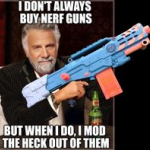 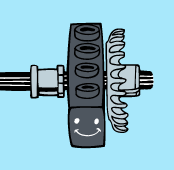 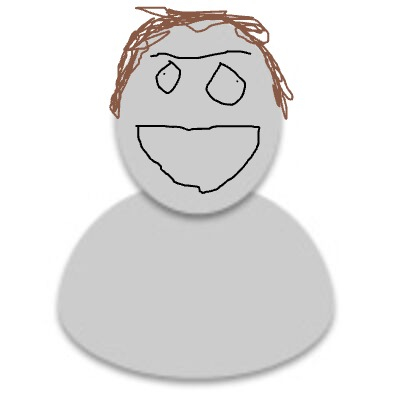 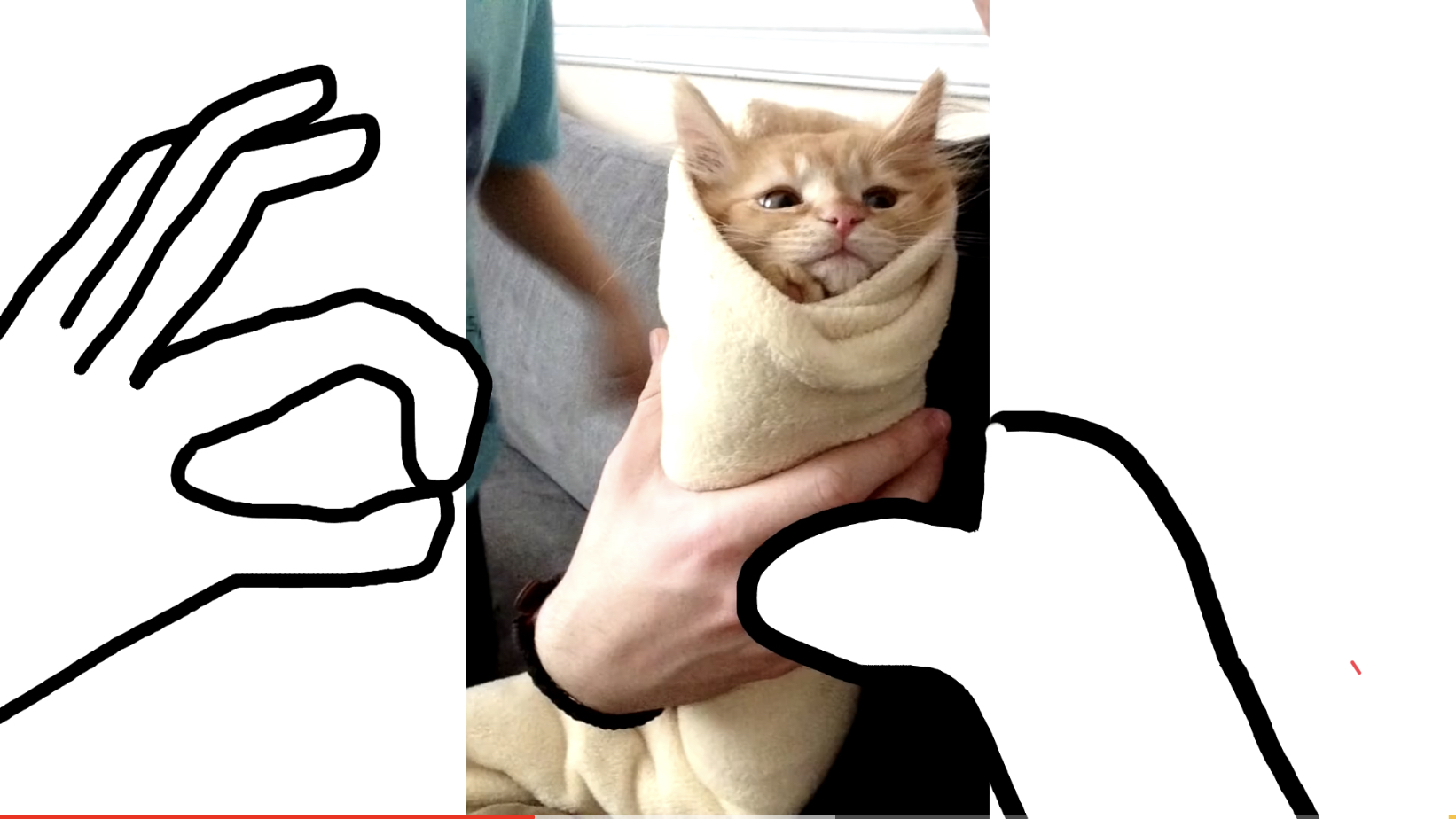 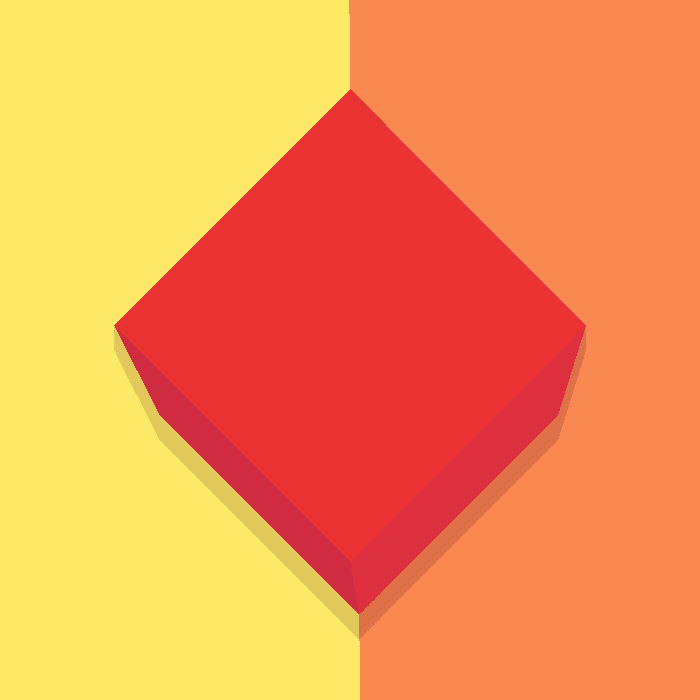 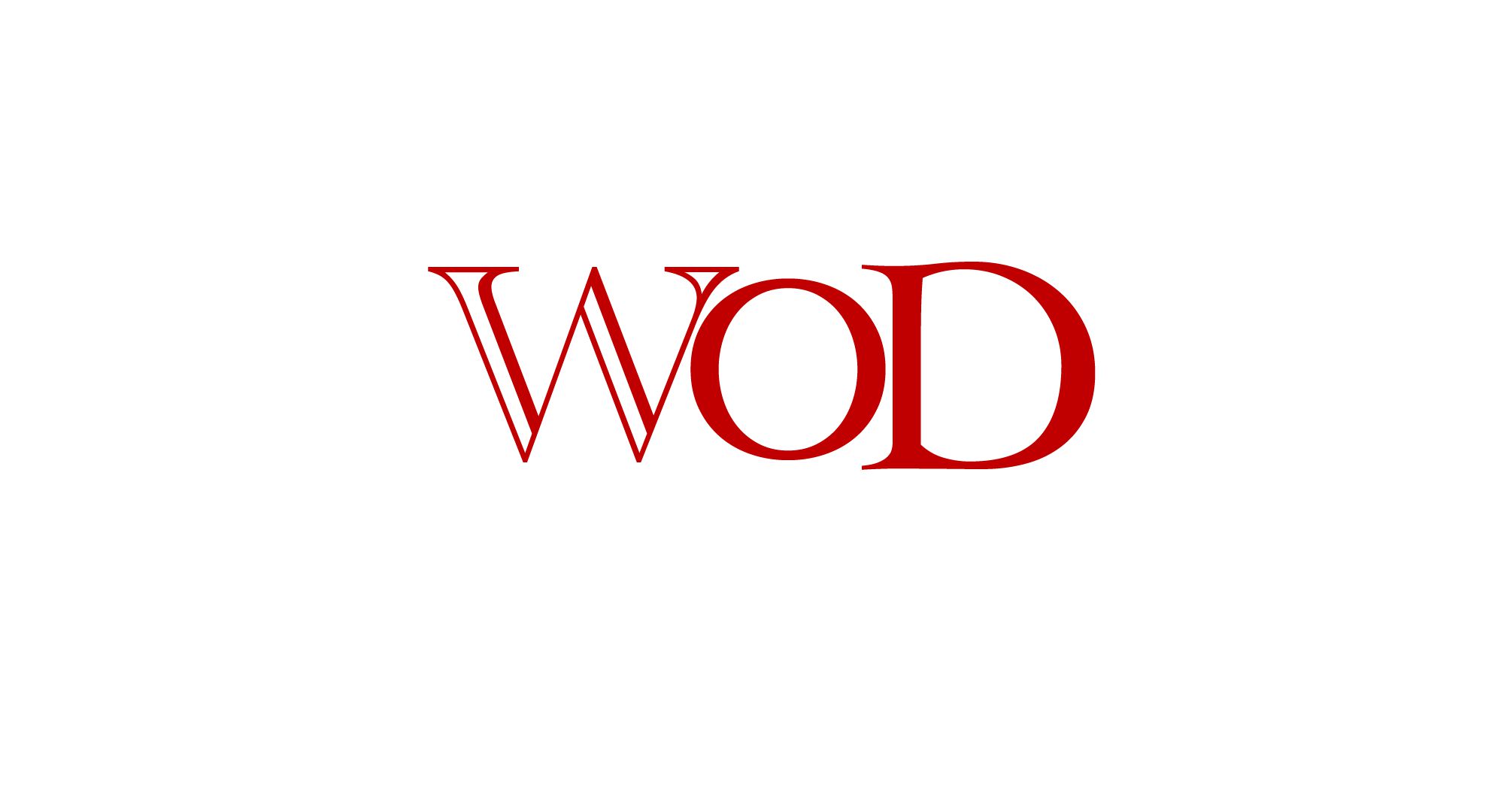 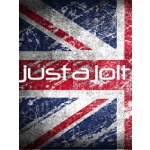 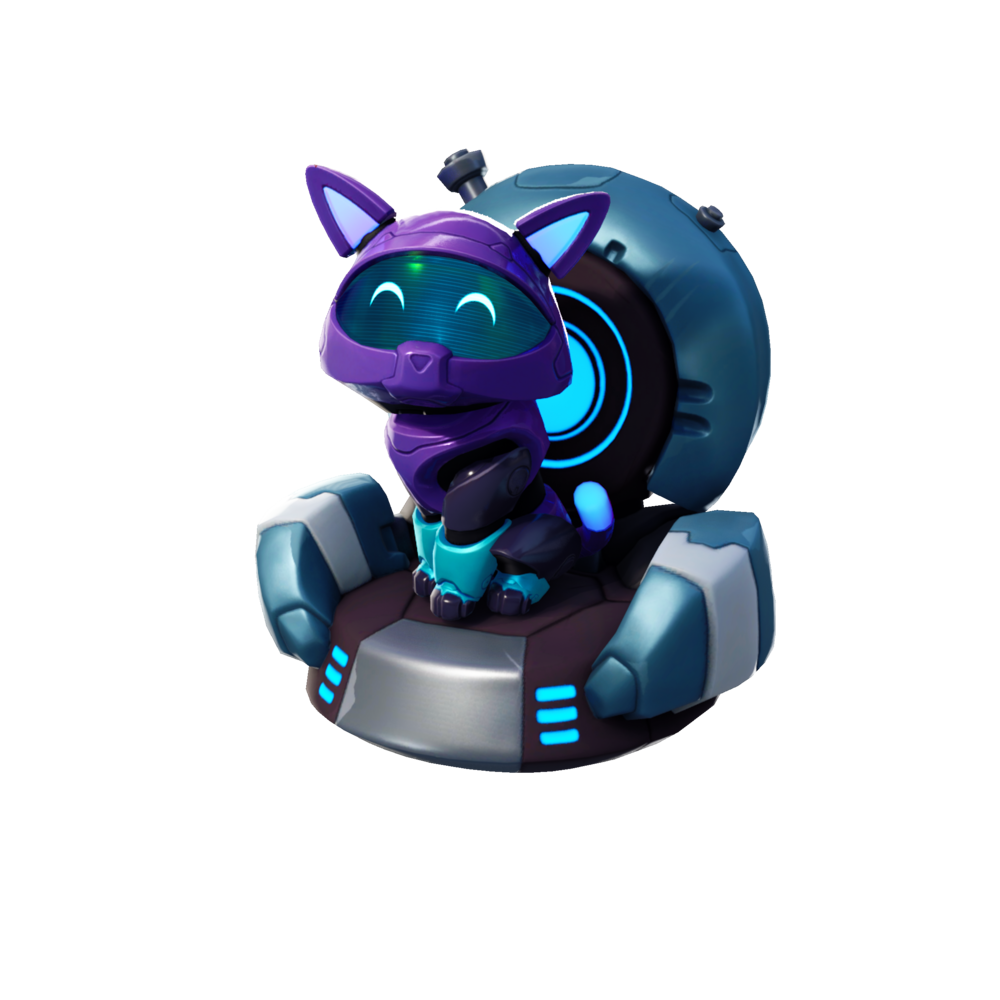